The Toa Metru are the group of heroes that appeared in the BIONICLE series. They serve as the main protagonists in both 2004 and 2005 storylines and later the supporting protagonists in the rest of the storyline. They were the six Toa, whose goal was to protect Metru Nui, the city island and the Matoran there from the threats of Teridax and the Dark Hunters. 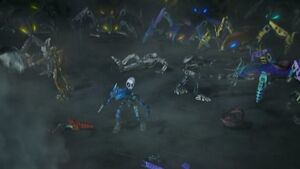 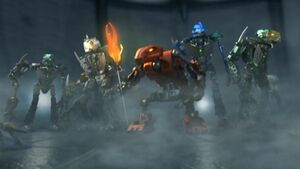 Add a photo to this gallery
Retrieved from "https://hero.fandom.com/wiki/Toa_Metru?oldid=1855952"
Community content is available under CC-BY-SA unless otherwise noted.