Various depending on the game

Toadette is a pink-capped Toad from the Super Mario series, making her debut appearance in Mario Kart: Double Dash!!. She is Toad’s friend.

Toadette is a Toad with a pink cap and two pink pigtails with white spots on them. She wears a pink dress, a red vest, white trousers and brown shoes.

Toadette first appears in Super Smash Bros. Brawl as an collectionable trophy and two stickes, one who increases the Peach and Zelda's magic attacks and one with toad who increases the Mario, Yoshi, Luigi, Bowser and Peach's head attacks. In Super Smash Bros. for Wii U, Toadette reappears as an collectionable trophy. In Super Smash Bros. Ultimate, Toadette appears as an master spirit. their spirit battle is against an female Villager and Mii Brawler who easily are distracted by items on the battlefield form of the great cave offensive. 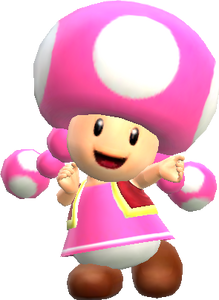 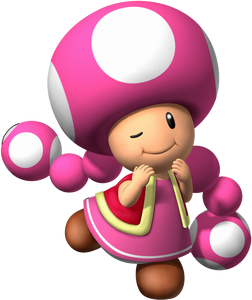 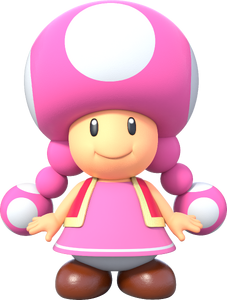 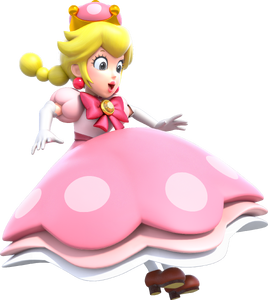 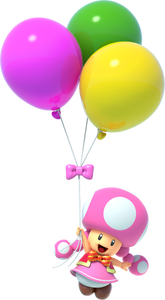 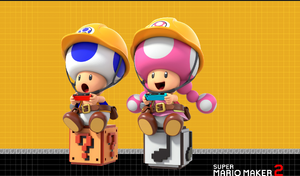 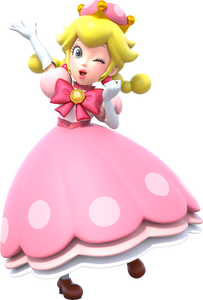 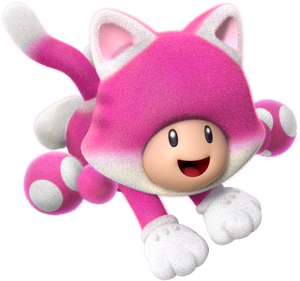 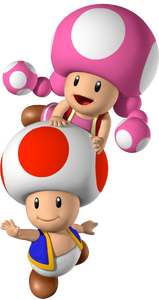 Toadette and Toad in Mario Party 7. 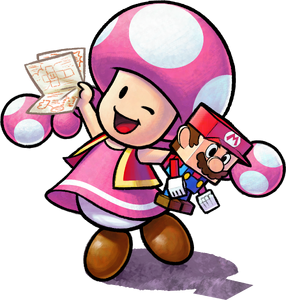 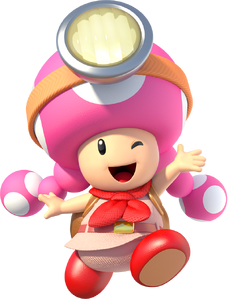 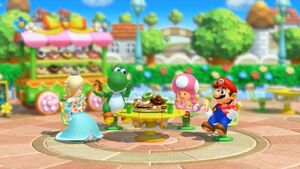 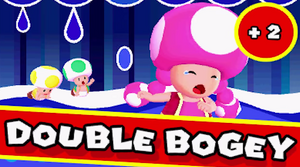 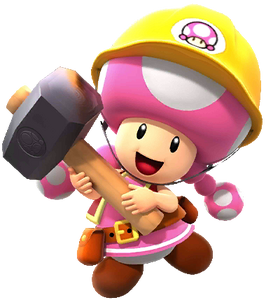 Retrieved from "https://hero.fandom.com/wiki/Toadette?oldid=2321600"
Community content is available under CC-BY-SA unless otherwise noted.