Toaster is the main character in the film "The Brave Little Toaster" and its direct-to-video sequels.

He is the leader of five appliances (counting himself), known as Kirby, Radio, Lampy, and Blanky. He is friends with "the Master" (Rob McGroarty). Like all appliances, he only comes to life when there are no human beings around, not even in Rob's presence, or that of "the Mistress" (his girlfriend Chris) except for their baby Robbie (who is born before the events of "The Brave Little Toaster Goes to Mars"). 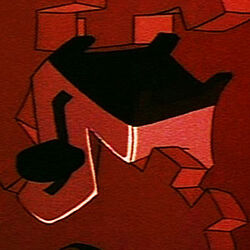 Toaster sacrificing himself by throwing himself into the gears of the Crusher, stopping the machine