Head of the Tachibana Racing Club

Help the Riders defeat Shocker and any other threats to the world.

Mentor
Tobei Tachibana is the head of the Tachibana Racing Club and the mentor to Takeshi Hongo in the Kamen Rider series.

He was portrayed by the late Akiji Kobayashi.

Prior to Takeshi Hongo's abduction by Shocker, Tachibana trained him in motorcycle racing in preparation for the Grand Prix. After Hongo was modified into Kamen Rider by Shocker and escaped, Tachibana learned of Shocker's existence and assisted Hongo in his quest to bring down the organization. He would serve as mentor to the Double Riders Takeshi Hongo and Hayato Ichimonji, as well as their FBI ally Kazuya Taki. He initially met with Hongo in the Amigo Snack Bar, but later founded the Tachibana Racing Club as a front for anti-Shocker activity and the Kamen Rider Kids Corps as a place for children to relay information on Shocker activities throughout Japan.

Following the destruction of Shocker and rise of Destron, Tachibana would open a sporting goods store and continue to provide assistance to the Double Riders in their fight against the newly risen evil organization. After the Double Riders seemingly perished destroying Turtle Bazooka and thwarting a Shocker plan to use an atomic bomb to destroy Tokyo, Tachibana would go on to mentor their successor, Shiro Kazami aka Kamen Rider V3. He would later be relieved to learn that the Double Riders had in fact survived the explosion and were continuing to fight against Destron. 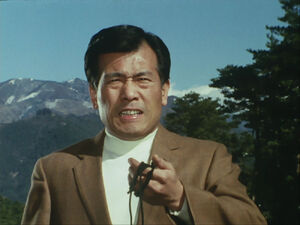 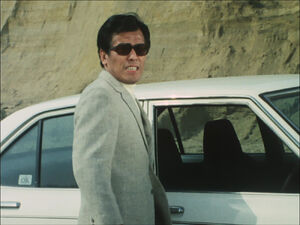 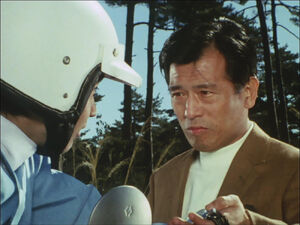 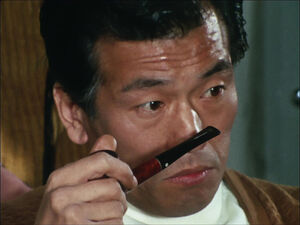 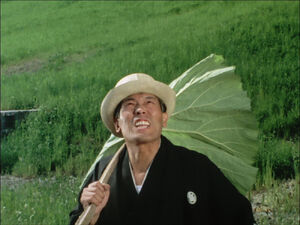 Retrieved from "https://hero.fandom.com/wiki/Tobei_Tachibana?oldid=2189565"
Community content is available under CC-BY-SA unless otherwise noted.