To be saved from Jareth (succeeded)

Damsel
Toby Williams is the son of Robert and Irene, Sarah's baby half-brother and a major character from Jim Henson's Labyrinth. He is portrayed by Toby Froud, the real-life son of Brian Froud who designed many of the characters in the film.

At first, Sarah dislikes Toby and one night when babysitting him whilst Robert and Irene are away, she wishes for goblins to take him away, to which it happens. The Goblin King Jareth gives Sarah 13 hours to get through his labyrinth or Toby will become a goblin.

Luckily, Sarah is able to save Toby by declaring that Jareth has no power over her, before the siblings return to their home.

Toby later appears as the protagonist of the 2006-2007 manga series Return to Labyrinth which takes place roughly 15 years after the film and sees Toby as a 16-year-old. 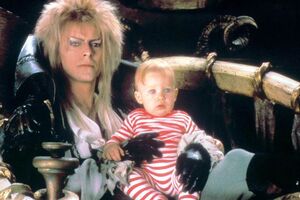 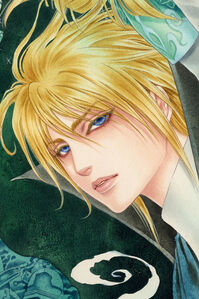 16-year-old Toby in Return to Labyrinth