To protect her son (succeeded)

Parent
Tod's mother is a minor character seen at the beginning of the 1981 Disney film, The Fox and the Hound.

She is seen at the beginning of the film when she is running through the woods as she holds Tod in her mouth as she tries to run away from an unseen hunter and unseen dog.

She later came to fence by Big Mama's tree and then Big Mama watches her putting Tod in a grass underneath a fence post to protect and hide him and runs away as she hears the hunting dog and the hunter coming.

Then, she later sacrificed herself to save her son as she was killed by a hunter off-screen.

Tod's mother is protective as she tries to protect her own son.

She also seems to be scared as she tries to run away from the unseen dog and unseen hunter. 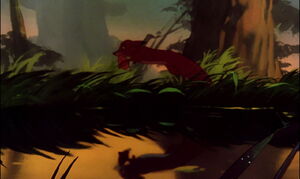 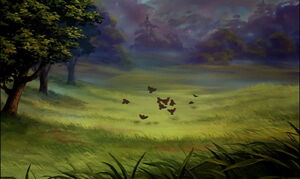