Lawful Comic Relief
Redeemed Villain
False Antagonist
Thomas "Tom" Banachek is a supporting character and major tritagonist in the Transformers movie franchise, he was seen as the head of the Sector Seven Research Division and an ally of Agent Simmons throughout the climax of the film. He was portrayed by Michael O'Neill in the first installment of the Transformers Cinematic Universe.

Banachek was sent to the Pentagon to brief Defense Secretary Keller by order of the President of the United States (who was busy purging Ding Dongs). Banachek showed Keller classified footage that was deemed "beyond Top Secret". The footage showed that the Mars Beagle 2 Rover, previously believed to be lost in descent, in fact survived its landing and had recorded thirteen seconds of footage before a mysterious creature destroyed it. Banachek then showed a comparison between the Martian and the "weapons platform" that attacked the SOCCENT base in Qatar, concluding they were of the same design. Taking Secretary Keller to Hoover Dam, Banachek also met with Sam Witwicky and Mikaela Banes.

While Sam was unwilling to talk to the agents over Bumblebee's imprisonment and treatment, Banachek pointed out that lives were at stake and that they could negotiate, prompting Sam to demand that Bumblebee be released, his parents be brought there, and Mikaela's criminal record be cleared.

When the teenagers, John Keller, Maggie Madsen and Glen Whitmann were taken to see "Project Iceman", Banachek explained that Sam's great-great grandfather had found him and that the military had not been informed because there was no credible threat verification. He admits to Sam that he admired Captain Witwicky for making one of the most significant discoveries in the history of mankind. This prompted Sam to inform them that the Iceman, Megatron, was the harbinger of doom. When the power started to fail after Starscream's attack, the soldiers headed to the armory. After Captain Lennox forced Simmons to listen to Sam's request to release Bumblebee by holding him at gunpoint, Banachek called for calm.

Tom Banachek's status after Sector Seven was terminated is unknown. 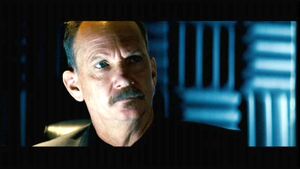 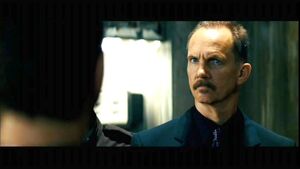 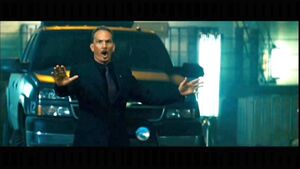