Tom Oliver is the second Green Ranger. He identifies with the Mighty Morphin Power Rangers but never joined them on a permanent basis.

He was an exact clone of Tommy Oliver that was created and enchanted by the Wizard of Deception to serve as the Evil Green Ranger for Lord Zedd and Rita Repulsa. He is referred to as "Tom" to differentiate himself from Tommy Oliver. He is a clone of Tommy but bears none of his memories save for the ones he needed to defeat the Power Rangers and Tommy, then White Ranger.

Retroactively, he is also referred to as the Mighty Morphin Green Ranger or Green Mighty Morphin Ranger, though these are in reference to the show, as opposed to proper labels. Like Tommy, He is portrayed by Jason David Frank.

After Tommy was knocked unconscious during a battle with Putties, the Wizard cut a lock of his hair, using it to make an evil clone endued with the Green Ranger's powers. The clone tricked the other Rangers into meeting him in an isolated spot, where the Wizard sent them back to colonial Angel Grove. He then confronted Tommy, suffering from a headache caused by some of his powers being used to recreate the Green Ranger. The two Rangers fought each other to a draw until the Wizard intervened, zapping Tommy with his wand, causing him to demorph and lie in a coma. The Green Ranger then went to the Command Center to threaten Zordon, and then unleash the Dragonzord on Angel Grove.

When Tommy was revived, he summoned his White Tigerzord to defend the city, but Dragonzord, energized by the Wizard's evil, soundly beat him. Tommy then stole the Wizard's wand, went back to rescue the other Rangers, and brought them back to summon the Thunder Megazord and deal with the Dragonzord. He then destroyed the Wizard, breaking the spell on the Green Ranger, whom he now called Tom.

Tom was sick with remorse, but Tommy convinced him that he could still do good. Tom broke the spell on Dragonzord and sent him back to the sea. The White and Green Rangers went back in time to colonial Angel Grove to destroy the Rat Monsters the Wizard had created to torture the other Rangers. Afterwards, Tom decided to stay in colonial Angel Grove so he could do some good things for the citizens, after it was decided that both Tommys could not exist in present-day Angel Grove at the same time. 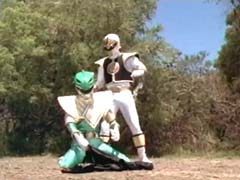 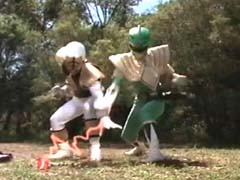 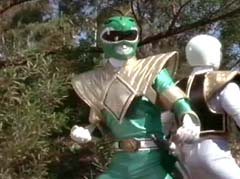 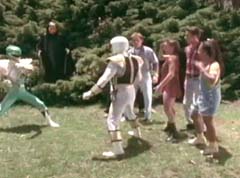 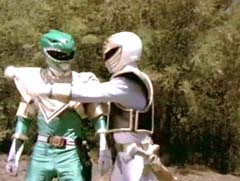 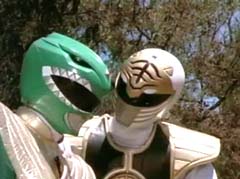