Tom Scoggins was a major character in Deep Blue Sea 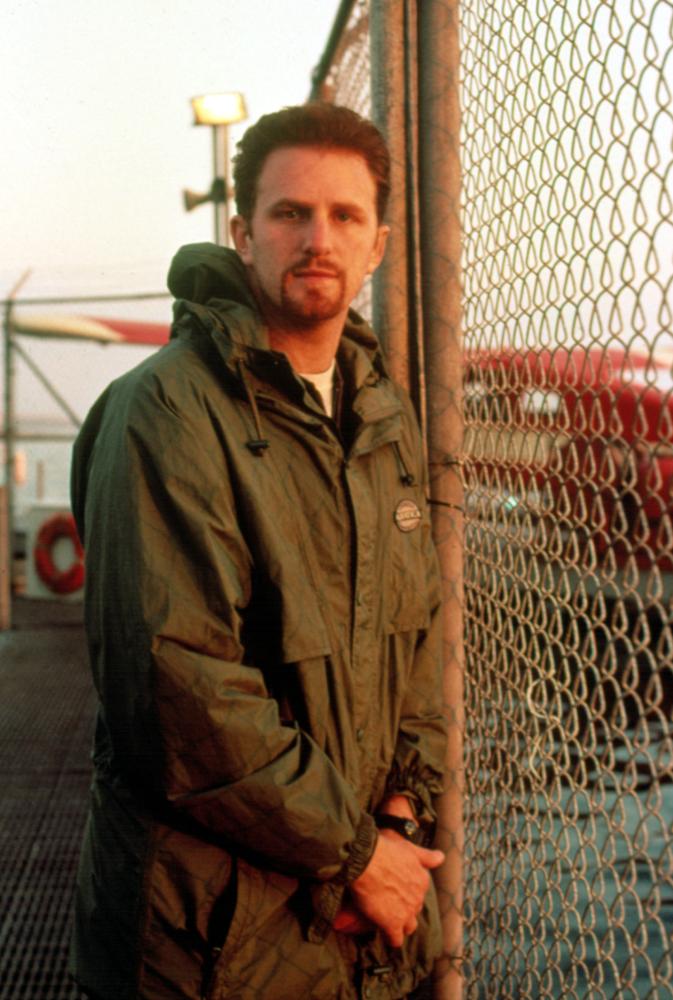 At Aquatica, a remote former submarine refueling facility converted into a laboratory, a team of scientists is searching for a cure for Alzheimer's disease. Unknown to the other scientists, Dr. Susan McAlester violates a code of ethics and genetically engineers three Mako sharks to increase their brain capacity so their brain tissue can be harvested as a cure for Alzheimer's, but this causes the side effects to make the sharks smarter, faster, and more dangerous. After one of the sharks escapes and attacks a boat full of teenagers, Aquatica's financial backers send corporate executive Russell Franklin to investigate the facility. To prove that the research is working, the team manages to remove brain tissue from the largest shark. While examining it, Dr. Jim Whitlock, one of the researchers, is attacked by the shark and his arm is bitten off. Brenda Kerns, the tower's operator, calls a helicopter to evacuate Jim but a strong hurricane causes the helicopter to lose control and crashes into the tower, killing Brenda and the pilots. One of the sharks uses Jim's body as a battering ram to smash an underwater window, flooding the research facility and freeing the other sharks. Susan then confesses to the others that she genetically altered the sharks. Susan, Russell, Carter Blake, Janice Higgins and Tom Scoggins make their way to the top of the center. While delivering a dramatic speech emphasizing the need for group unity, Russell is dragged into the moon pool by the largest shark and devoured. While climbing up the industrial elevator, a ladder falls and gets wedged between the walls of the shaft, leaving them dangling over the water. Janice loses her grip and falls, and despite Carter's attempts to save her, she is devoured. Meanwhile, the cook, Sherman "Preacher" Dudley is attacked by the first shark, but manages to blow it up by throwing a lighter into the kitchen's oven that had been turned on. He then runs into Carter, Tom and Susan. Traumatized by Janice and Russell's deaths, Scoggins goes with Carter to the flooded lab because the controls to open a door to the surface are in the lab. The largest shark attacks them and Scoggins is devoured .

Later in the film, when Preacher shoots the final shark with the harpoon gun, he says: "This is for Scoggins."

Retrieved from "https://hero.fandom.com/wiki/Tom_Scoggins?oldid=2156099"
Community content is available under CC-BY-SA unless otherwise noted.