Heroes Wiki
Register
Don't have an account?
Sign In
Advertisement
in: Articles under construction, Male, Honorable,
and 36 more

'Babysitting' the town of Green Hills.

Leave Green Hills and move to San Francisco so he can properly fulfill his police duty to serve and protect (formerly).
Fulfill Sonic's bucket list on Earth.
Take Sonic to the Transamerica Pyramid skyscraper so Sonic can collect his lost Portal Rings to escape Earth (both succeeded).
Provide Sonic home and shelter and guiding Sonic to be a hero he wants.

Tom is portrayed by James Marsden, who also portrays Cyclops in the X-Men Series, Prince Edward in Enchanted, and Fred O'Hare in Hop, and voices Diggs in Cats & Dogs: The Revenge of Kitty Galore, Tim Templeton in Boss Baby: Family Business and Hitch Trailblazer in My Little Pony: A New Generation.

Tom is a person with blue eyes and a brown hair.

He wears his police uniform but can be seen in a different clothes in the movie.

Genuinely believing in his oath to serve and protect, Tom tries to help everyone, he isn't afraid of getting damage when someone he cares is in danger. He protects the people he loves and makes them a favor.

He risks his life for his friends such as when he risked his life for Sonic. Tom also has a penchant for dry sarcasm and lame humor.

After a while adpoting Sonic,Tom shown dislike Sonic'action of trying to play hero,without cares people surround him,leding the officer became patience when come to mentoring him.

Being a law enforcer, Tom is very proficient in utilizing firearms and has a pretty quick reflexes. Also being a sheriff that involves lots of physical training and works he is at all-time peak in his physical fitness. Tom is shown to be intelligent as he can make portals with Rings, which are forged from alien materials and had never used them in his life. Tom is also shown to be proficient in stealth, as he managed to snuck upon Robotnik with the latter did not even notice the presence of sheriff behind him until the former made a bodily contact and the tussle began.

Tom Wachowski is the latest in a long line of Wachowski police sheriffs that have served and protected the peaceful town of Green Hills for generations. However, due to the town's peaceful nature, Tom has never had to deal with any major crimes, causing him to become bored with his job and using what free time he has on duty to find ways to entertain himself. Tom would usually find amusement in treating a box of donuts as people and eating the ones that 'step out of line'. He eventually applied to join the San Francisco police department to prove himself as an officer of the law and get the chance to save someones life.

One day, while Tom was at home, he notices a garbage can next to his shed had been knocked over and believed it to be the work of troublesome raccoons. He prepares his tranquilliser gun to incapacitate the animals but instead finds Sonic the Hedgehog taking refuge inside his shed. Terrified, he shoots Sonic in the thigh which renders him unconscious, but also causes the hedgehog to lose his bag of gold rings through a ring portal he opened to San Francisco.

Tom places Sonic within a cage as he takes him into his house, but Sonic escapes with ease upon awakening and begs Tom for protection against the government forces searching for him, claiming it was a matter of life and death. Seeing this as his chance to save a life, Tom tells Sonic to hide upstairs just as Dr. Robotnik arrives on his doorstep to inquire about the hedgehog's whereabouts. Tom tries to convince Robotnik to leave but ends up aggravating the doctor, who threatens to have him shot if he does not reveal Sonic's exact location within the next five seconds. Luckily, Wachowski was able to knock Robotnik out with a single punch when Sonic emerges from hiding to save him.

Tom tells Sonic the way to the location, San Francisco, but Sonic was unable to go there, so Tom has to drive the car and send Sonic to the location, San Francisco. On the way, they stop at a bar where Sonic wants to have some fun. Tom explained Sonic what a bucket list is. When Tom told Sonic about the bucket list, they tried to complete the bucket list. When they arrive at a place where Sonic can sleep, Sonic begins to sleep and Tom sees what Sonic wrote, make a real friend. Tom sees the news where he is called dangerous which makes Tom a little bit sad.

When they continue to going to the location, San Francisco, Dr. Robotnik finds them and starts attacking. Tom and Sonic fight against the robots, but one robot ruins the car and reveals itself to be a bomb. Tom and Sonic quickly try to remove the bomb from Sonic. When they finally do it, the bomb explodes and causes Sonic to temporarily pass out. Tom worries about Sonic and goes to the location where his wife, Maddie Wachowski. After going there, Maddie helps Sonic to recover. Sonic wakes up, says "Gotta go fast", and starts to run. Tom explains Maddie about the situation and they go to the location, San Francisco.

When they finally arrive at the location, San Francisco, Dr. Robotnik's robots find them. Sonic quickly throws Tom and Maddie. Sonic opens a portal with his Rings for Tom and Maddie to be safe.

At the end, Tom and Sonic defeated Dr. Robotnik and Tom sent him to the Mushroom Hills. Tom and his family made Sonic a new cave at their home.

After a while, Tom often scolding Sonic for his action of being a vigilante without caring people surround him, include a robbery stop causing several property damage recently. 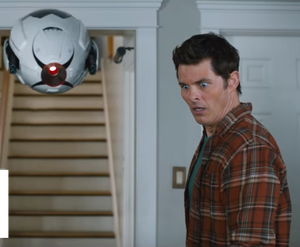 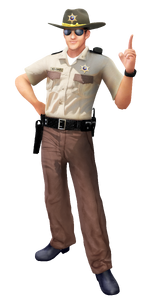 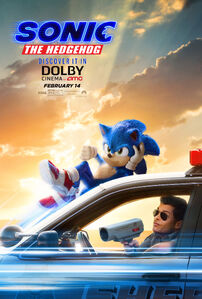 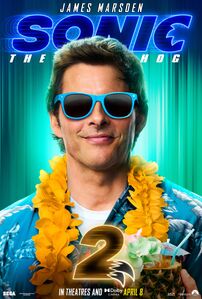