Heroes Wiki
Register
Don't have an account?
Sign In
Advertisement
in: Avatar Heroes, Male, Related to Villain,
and 29 more

Chief of the Southern Water Tribe, Father of the Avatar

Waterbending, including its sub types

Spending quality time with his family.

To keep his daughter safe and sound by any means possible.
To stop Unalaq and Vaatu (season 2)
To defeat the Red Lotus. (season 3)

Tonraq is one of main supporting characters in The Legend of Korra. He is a powerful waterbending master and the current chief of the Southern Water Tribe. Born as heir to the Chief of both Water Tribes, he is the older brother of Unalaq. Growing up in the Northern Water Tribe, Tonraq served as the Northern military's general in his youth, though was banished and disinherited following the destruction of a sacred spiritual forest at his hands. He moved to the Southern Water Tribe where he became the tribe's unofficial leader and married Senna, with whom he has one daughter, Korra.

For many years, Tonraq lived in peace with his family, but when the tensions between the Northern and Southern Tribe escalated into open civil war, he discovered Unalaq's secret scheme that had caused his banishment. After this revelation, he took on the leadership of the Southern Water Tribe rebels in order to fight his younger brother and the Northern army. After Unalaq's death, the South gained independence from the North and the Council of Elders officially appointed Tonraq as the first Southern chief.

Tonraq is a member of the southern Water Tribe. Tonraq and his wife Senna discovered that their toddler daughter was a bender (a person born with the ability to manipulate the elements). Not only were benders rarer, relatively, but having a bender at the age of a toddler was practically unheard of. Tonraq went to the Water-Tribe representative, Katara to call the White Lotus, identifiers of the Avatar, to see if his daughter, Korra, was the Avatar - bender of all the elements and balancer of the world. When the White Lotus arrived Tonraq and Senna introduced them to Korra. Though the White Lotus informed Tonraq that many parents think their children can be the Avatar and it is very unlikely so to be prepared for the tests to come-up negative, however when Korra openly displayed her bending abilities of earth, fire and water the White Lotus changed-their-tune. By her teen years Korra had to leave the Southern Water Tribe to travel to Republic City (a city-state built on a land-mass cleared by the previous Lord of the Fire Nation and regrown by the previous Avatar) to train in air-bending with the last air-benders, Tenzin (the previous Avatar's son) and his children. Though Tonraq did not want Korra to leave he did wish her well when she decided to leave.

Chaos in the Water Tribes

While Korra was away Tonraq had to start dealing with corrupted spirits that began attacking the Water Tribes and the machinations of his brother, Unalaq, one of the only people who could fight them off. Though there was no official feud between the two the fact that both were heads of the Water Tribes and only one of them could permanently banish predatory spirits gave Unalaq an opening to impose his influence on both societies. When Korra was done with her training in Republic city she went to go train with her uncle Unalaq. As she trained in spirit-bending with her uncle, Unalaq began to indoctrinate Korra in his mind-set. By the time Korra went to go into training she had to begin addressing the corrupted spirits that were attacking. Unalaq states that the spirits are becoming over-come with negativity because they are no-longer being honored in Southern Water-Tribe festivals, however Tonraq states that traditions change and should change in order for society to move on. Korra is forced to consider that her father might be unknowingly corrupting the spirits by ignoring basic rites to them. Korra was already in a bad state with her father when she learned Tonraq had kept Korra from being accepted by the White Lotus for formal training through-out her child-hood and thus delayed from awakening fully as the Avatar. The two would go on to make amends but almost as soon as she had, Tonraq was arrested for conspiracy to assassinate Unalaq. One of Tonraq's allies, a concerned merchant named Varrick had organized a rise-up against the Northern Water Tribe for not letting trade through the North Pole, though Tonraq had not been part of the decision he had associated with Varrick, who had and was sentenced to death, though later this was changed when it became obvious Avatar Korra would not permit the death of her father.

Unalaq seizes control of both poles as the default leader. Eventually it is discovered that Unalaq was the one creating the corrupt spirits, bending them to make them hostile towards the Southern Water Tribe, to try to dispose his brother and get his sister-tribe to embrace reverence for the spirit world. Tonraq is freed of his imprisonment and goes to stop his fanatical brother, fighting the corrupted spirits to get to him but not just for his warping of the spirits. Unalaq was black-mailing Korra to help him open the door-way to the Spirit world. Though only able to fight the spirits in the physical world, Tonraq's opposition to Unalaq would prove instrumental in preventing his brother from having complete political/trade influence over the Water-Tribes and give Korra some level of freedom to oppose him.

As a waterbending master, Tonraq is able to use his abilities to effectively maneuver over the battlefield. Contrary to a more classical style of waterbending, Tonraq tends to rely more on his own brute strength to overpower his opponents; combined with his quick reflexes, this makes him a dangerous adversary, to the point that he was able to temporarily hold off skilled benders such as Unalaq and Zaheer.

As a former general in the Northern Water Tribe army, Tonraq is a very capable leader and fighter, showing great proficiency in Water Tribe weaponry. His great physical strength and endurance makes him resilient in battle. Tonraq has also proven himself to be very charismatic and insightful, which gained him great respect from the people of the Southern Water Tribe.

Similarities and Differences between Tonraq and Mufasa

Due to their similar roles, Tonraq and Mufasa from The Lion King are very much alike, but different. 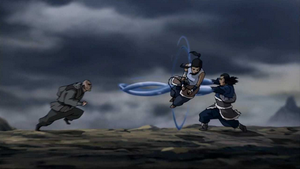 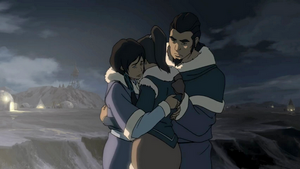 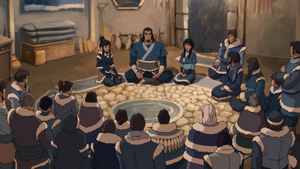 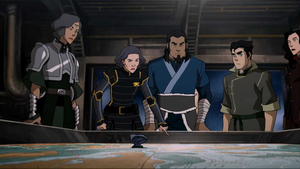 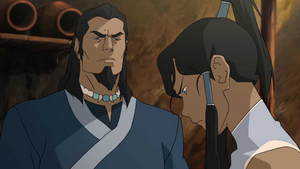 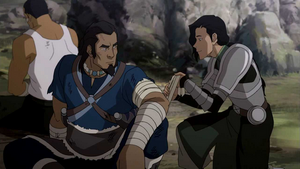 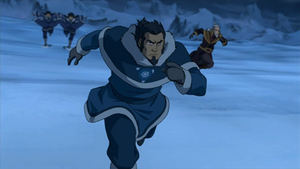 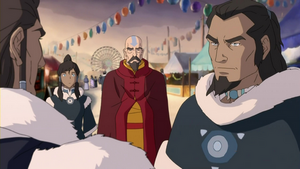 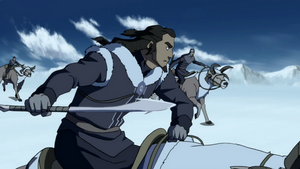