Toodles Galore Winslow Cat is a fictional character in Tom and Jerry. She is white-colored and usually wears a neck ribbon and is known to be a very beautiful cat. Her first appearance was in a 1946 animated short "Springtime for Thomas".

Toodles is first of many female cats that Tom falls for over the course of Tom and Jerry. She does not speak and rarely moves about. She is voiced by Meg Ryan in Tom and Jerry Tales, and she is also voiced by Jodi Benson in the Tom and Jerry video games. 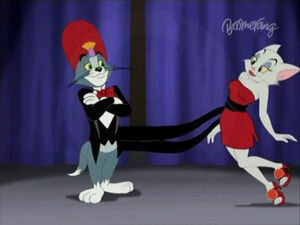 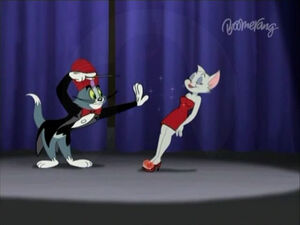 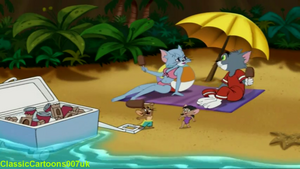 Retrieved from "https://hero.fandom.com/wiki/Toodles_Galore?oldid=2246840"
Community content is available under CC-BY-SA unless otherwise noted.