A tooth fairy collects the fallen teeth of children and exchanges it with money or other gifts for the children.

The tooth fairies have a mission to collect the fallen teeth of children to have a great collection of teeth. They are sometimes busy.

In early Europe, it was a tradition to bury baby teeth that fell out. When a child's sixth tooth falls out, it is a custom for parents to slip a gift or money from the tooth fairy under the child's pillow, but to take the tooth as a reward.

In northern Europe, there was also a tradition of tand-fé or tooth fee, which was paid when a child lost its first tooth. This tradition is recorded in writings as early as the Eddas, which are the earliest written record of Norse and Northern European traditions.

The reward left varies by country, the family's economic status, amounts the child's peers report receiving and other factors. A 2013 survey by Visa Inc. found that American children receive $3.70 per tooth on average.

During the Middle Ages, other superstitions arose surrounding children's teeth. In England, for example, children were instructed to burn their baby teeth in order to save the child from hardship in the afterlife. Children who didn't consign their baby teeth to the fire would spend eternity searching for them in the afterlife. The Vikings, it is said, paid children for their teeth. In the Norse culture, children's teeth and other articles belonging to children were said to bring good luck in battle, and Scandinavian warriors hung children's teeth on a string around their necks. Fear of witches was another reason to bury or burn teeth. In medieval Europe, it was thought that if a witch were to get hold of one's teeth, it could lead to them having total power over him or her.

The Ratoncito Pérez or Ratón Pérez ("Pérez Mouse" in English) is a figure popular in Hispanic world cultures, similar to the tooth fairy, originating in Madrid in 1894. As is traditional in some English-speaking countries, when a child loses a tooth it is customary for him or her to place it under the pillow, so that Ratoncito Pérez will exchange it for a gift. The tradition is almost universal in Spanish cultures, but takes different forms in different areas. He is known as "Ratoncito Pérez" in Spanish speaking countries, with the exception of some regions of Mexico, Peru and Chile, where he is called "el Ratón de los Dientes" (The Tooth Mouse), and in Argentina, Venezuela, Uruguay and Colombia, he is known simply as "El Ratón Pérez". The Ratoncito Pérez was used by Colgate marketing in Venezuela and Spain. In Italy, the tooth fairy is also often replaced by a small mouse. In France and in French-speaking Belgium, this character is called la petite souris ("the little mouse"). From parts of Lowland Scotland comes a tradition similar to the fairy mouse: a white fairy rat who purchases children's teeth with coins.

In some Asian countries, such as India, China, Japan, Korea, and Vietnam, when a child loses a tooth, it is customary for him or her to throw it onto the roof if it came from the lower jaw, or into the space beneath the floor if it came from the upper jaw. While doing this, the child shouts a request for the tooth to be replaced with the tooth of a mouse. This tradition is based on the fact that the teeth of mice grow for their entire lives, a characteristic of all rodents.

In Japan, a different variation calls for lost upper teeth to be thrown straight down to the ground and lower teeth straight up into the air; the idea is that incoming teeth will grow in straight.

In Middle Eastern countries (including Iraq, Jordan, Egypt and Sudan), there is a tradition of throwing a baby tooth up into the sky to the sun or to Allah. This tradition may originate in a pre-Islamic offering, and dates back to at least the 13th century. It is also mentioned by Izz bin Hibat Allah Al Hadid in the 13th century. 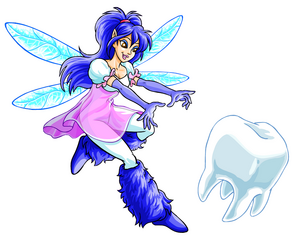 An upgraded version of Tooth Fairy as seen on Neopets 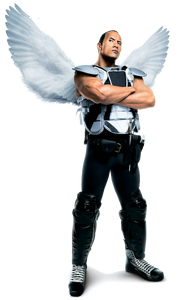 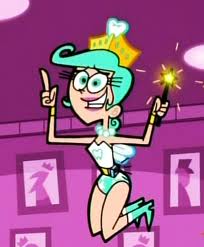 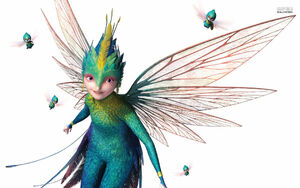