Heroes Wiki
Register
Don't have an account?
Sign In
Advertisement
in: Female, The Fairly Oddparents Heroes, Kids,
and 38 more

Playing with her dolls,

Tootie is a 10-year-old girl, and the younger sister of Vicky. She has an obsessive unrequited crush on Timmy Turner, and usually appears to annoy Timmy during one of his adventures, although she has also stood up for him on many different occasions where others would not. She eventually grows up to become a very beautiful woman, and she and Timmy finally fall in love. Not long after, she then gives birth two children, Tammy and Tommy Turner. Tootie is one of the central characters of the live action "Fairly Odd Movie", where she is portrayed in live action by Daniella Monet. In the cartoon, she was originally voiced by Amber Wood in the pilot season, and was replaced by Grey DeLisle in her main series appearance.​

Tootie is Vicky's little sister who harbors an obsessive and unrequited crush on Timmy. Although he usually rejects her advances on account on finding it frightening, Timmy has shown many times in the series to genuinely care for Tootie unlike any other non-fairy or family character, even loaning her his fairies on one occasion.

Tootie has black hair with floating pigtails and dark eyes. Her glasses are distinctly different than other characters on the show that wear glasses, because they are shaped differently, they have blue lenses, and her eyelashes are attached to them. She wears purple braces on her teeth without a wire, possibly for an overbite which is seen sometimes when she smiles. She is around Timmy's height, and wears purple horn-rimmed glasses, a black vest over a white short-sleeved shirt, and a gray plaid skirt over black tights along with black boots. Her outfit resembles a Parochial school uniform.

In her first appearance in series, in the episode "The Fairy Flu", Tootie did not have braces, her head and glasses were shaped different, and she wore bright colored clothing in contrast to her usual monochromatic color scheme. She also had a different voice actor, Amber Wood. 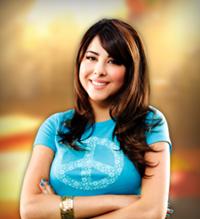 Tootie in her Live-Action self. 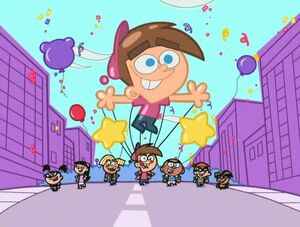 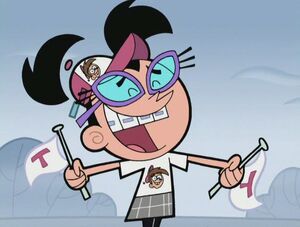 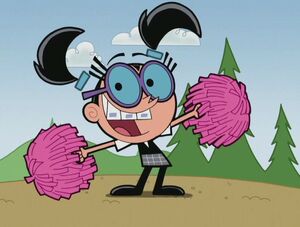 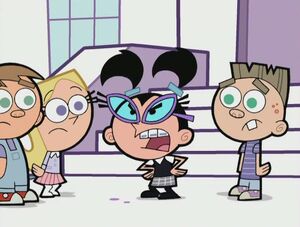 Tootie standing up for Timmy 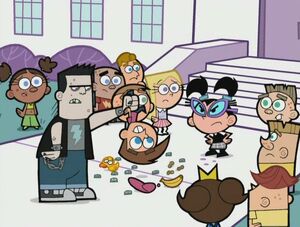 Tootie standing up to Francis to defend Timmy. 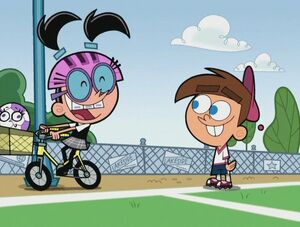 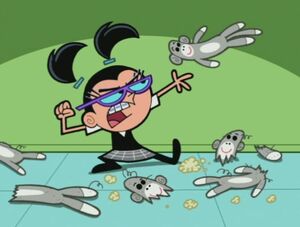 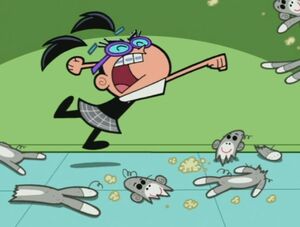