Torajirou Asuka known as Astra is a main character in Digimon Universe: Appli Monsters. His Buddy Appmon is Musimon.

He is voiced by Shiho Kokido.

Torajirou is a preteen boy with fair skin, wavy blonde hair long enough to tie back in a small ponytail, and bright green eyes. He has two small markings on each cheek reminiscent of a cat's whiskers, and a wide, cat-like mouth. He wears a black cap with a bright green bill and metal plating on the crown, red headphones, a brown vest over a black shirt with yellow highlights, green wristbands, yellow shorts, and green-and-white sneakers with dark green soles. He also wears red headphones around his neck and has large, colorful buttons on his clothing, a green one on the bottom of his vest and blue and red buttons on his shorts.

Torajirou is a free-spirited boy who likes to go with the flow and believes in the importance of freedom and expressing one's emotions. Online, he is a famous App Tuber known by the nickname "Astra".

Torajirou and others are lured into an ambush by Hackmon and his Appli Driver Rei Katsura, who challenge them for a fight.

Torajirou, Haru, Eri and Rei are attacked by the Ultimate 4, a team of powerful Appmon under Leviathan's that easily destroy both their buddies and AppliDrives. Just as they are about to be killed as well, Yujin and Shutmon appear and face the enemies by themselves to help them escape.

Torajirou and the others reunite with their Appmons, who do not remember them at all, and are sent to a journey to restore their buddies' memories. In the occasion, they not only reconnect with Musimon and the others, but obtain each one their own AppliDrive DUO. 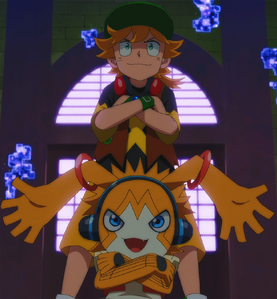 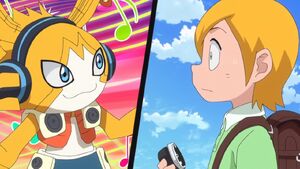 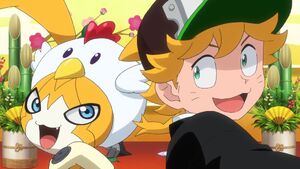 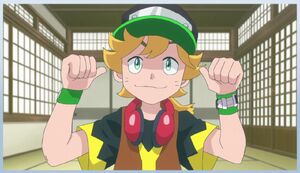 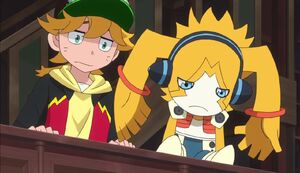 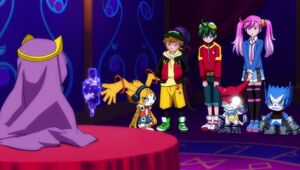 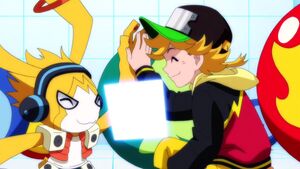 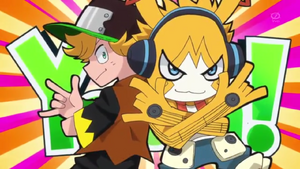