Toto is Dorothy's pet Cairn Terrier and best friend from The Wizard of Oz. Although he is credited as himself, actually, he was played by a female dog named Terry. He is also the film's supporting protagonist.

Toto (properly pronounced Toe-Toe) is a fictional dog created by L. Frank Baum, author and creator of the Oz legacy. He serves strictly as an animal sidekick who makes his debut appearance in Baum's first Oz book titled The Wonderful Wizard of Oz, published in 1900, and is introduced in the first chapter of the novel titled The Cyclone. Toto is the beloved pet dog and loyal companion of Dorothy Gale, the book's main heroine and child protagonist. He lived with his owner Dorothy who was an adolescent orphan raised by her two guardians; Aunt Em and Uncle Henry, on a small and poverty stricken farm upon the sunbaked Kansas prairies in circa 1899-1900. Toto was Dorothy's only friend and sole source of happiness and he would play with Dorothy all day, everyday, and keep her company on the lonely, isolated farmland. Because of his friendly and energetic nature, Toto stopped his little mistress from sharing the same bleak fates as the adults in her life who are described as being joyless and "gray".

In the days of the old west, early settlers on vast lonely prairies often relied on pets to keep them company. Toto was a popular name for dogs in the nineteenth century. In France, it is also a common nickname often given for little boys. 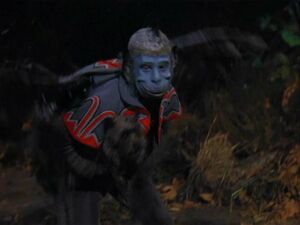 Toto kidnapped by a flying monkey. 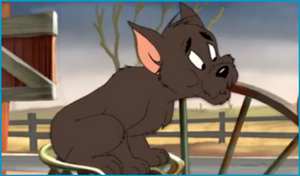 Toto in Tom and Jerry and The Wizard of Oz 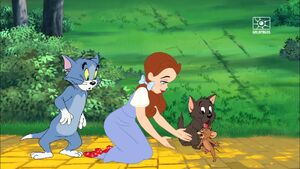 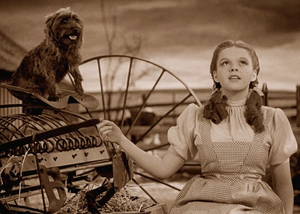 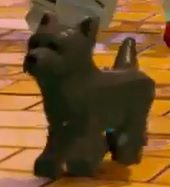 Toto in Dorothy and the Wizard of Oz 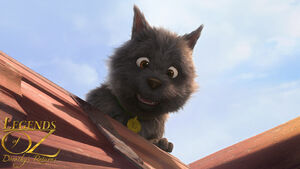 Toto in Legends of Oz: Dorothy's Return
Add a photo to this gallery

Retrieved from "https://hero.fandom.com/wiki/Toto_(Oz)?oldid=1712235"
Community content is available under CC-BY-SA unless otherwise noted.