Touché Turtle (voiced by Bill Thompson, Bill Farmer in 1999-present) and Dum Dum (voiced by Alan Reed, Maurice LaMarche in 2000-present) were a pair of heroic fencers who battle villains and heroically saves kings, queens, maidens and others in distress. Touché was the brave and dashing leader, whereas Dum Dum was more of a simple minded follower. Brandishing his trusty sword and exclaiming his catchphrase "Touché away!"

Touche is a Heroic Turtle and Dum Dum is The Dim-Wited Sidekick to Touche.

Touche Turtle is A Turtle, Wearing a White Colored Hat, With a Violet Fluffy part on it. And he's voiced by Bill Farmer in 1999-present.

Touche Turtle and Dum Dum Are Two Characters who are Usually Seen Together, they go Though Verses Misadventures, and Fight Verses Badguys. 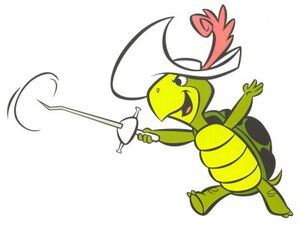 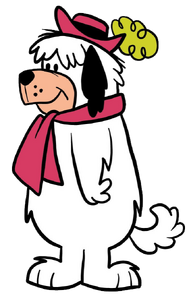 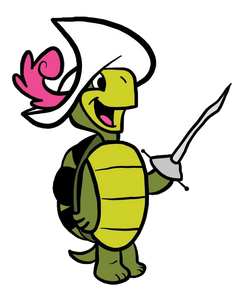