Towa Akagi is a young girl who appears to be a true princess. Originally, she used to be one of the antagonists in Go! Princess Pretty Cure known as Twilight. She was said to be the daughter of Dyspear and had the title "The Princess of Despair," but it was revealed that she was actually brainwashed and was not related to her at all. She later becomes Cure Scarlett.

As Twilight, she has silvery-white hair tied up like a bow with four long strands hanging from it with a black ribbon in the back and red eyes with red markings on the top of them. She also wears a black dress lined in red with ruffled sleeves and a short black, red and white skirt underneath with a gold butterfly-shaped buckle with pink and green gems on it in the front. She also wears red tights and black platform shoes with wings on them. She also wears a black choker with a small white collar, blue and black earrings and short black arm warmers. She sometimes wears a gold and red domino mask.

When she was younger, she looked drastically different. She wore a pink dress and had short red hair (similar to Cure Mirage's hair style from Happiness Charge Pretty Cure!) reaching her shoulders. She wore a white ribbon at the top and had lighter and softer red pinkish eyes.

After being purified, she returned to her original appearance as Towa, the only difference being her hair being longer than when she was younger, passing her shoulders, and she is wearing the same outfit as she did when she was Twilight. In the summer, she wears a white and red dress with with red heels and a white lacy headband. She also has a necklace with a red butterfly.

As Cure Scarlett, her hair becomes very long and is pink on top with a light pink gradient. Her top is white and gold with a black belt with the Go! Princess Pretty Cure insignia in the front and feathery red sleeves. Her tiara is gold with three red jewels and light pink feathers jutting from the sides. Her arm bands are red and gold and are flowing and she also wears gold bracelets. Her skirt is asymmetrical and is part red and part white, with the white part slightly longer on the left and the red part reaching her feet. Her shoes are red and gold heels with red straps wrapped around her thighs.

As Twilight, she seemed to take after her mother in terms of characteristics. She believed that dreams are pitiful illusions that people believe in. Twilight also saw the Pretty Cures as fake princesses. She was ruthless and vain, calling herself "beautiful, noble, and sublime."

When she was a young girl, she looked up to her older brother, Kanata. She dreams of becoming a Grand Princess and tries her best despite the fact that only the Princess Pretty Cure could become ones. 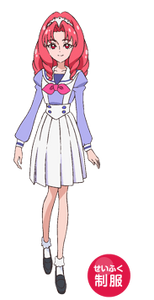 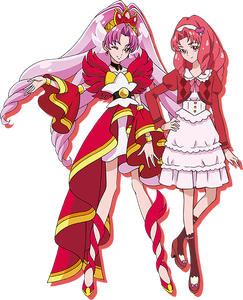 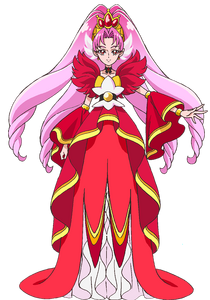 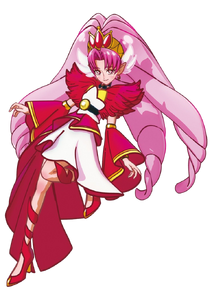 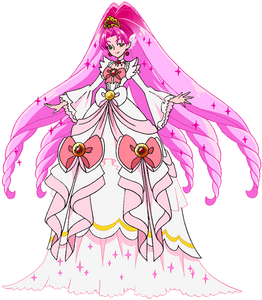 Cure Scarlet's in her Mode Elegant (Sun) from TV Asahi 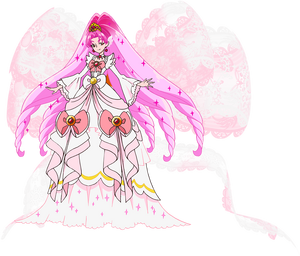 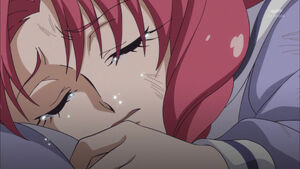 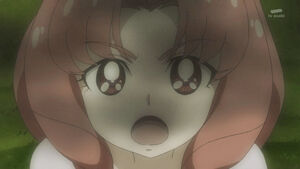 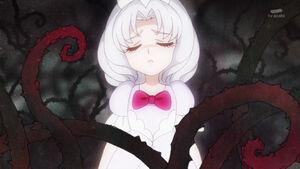 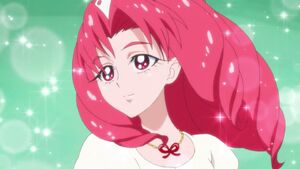 Towa dancing around the dorm 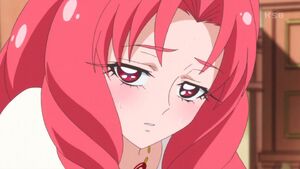 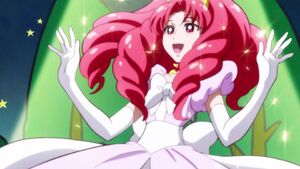 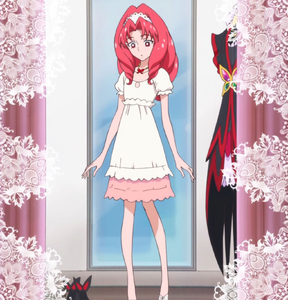 Towa in her new clothing. 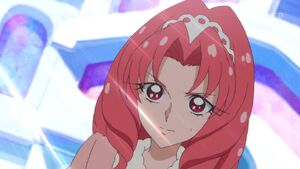 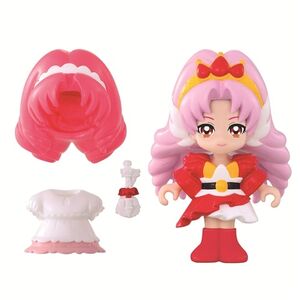 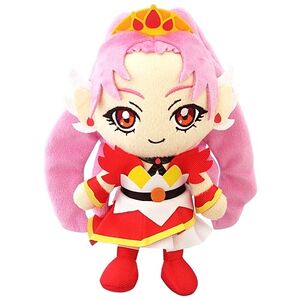 Retrieved from "https://hero.fandom.com/wiki/Towa_Akagi?oldid=1905763"
Community content is available under CC-BY-SA unless otherwise noted.