Redeemed Sorceress
Toxica is Jindrax's partner and best friend, and possibly love interest, a Duke Org and the Mistress of Magic. She is a former antagonist of Power Rangers Wild Force. 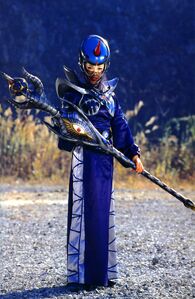 Retrieved from "https://hero.fandom.com/wiki/Toxica?oldid=1895275"
Community content is available under CC-BY-SA unless otherwise noted.