Tri-Lambs and the Nerd House

Revenge of the Nerds series

Help people when they can and want to be the coolest fraternity out their and throw the coolest parties where everybody is welcomed.

college heroes
Lambda Lambda Lambda is the main protagonist of the Revenge of the Nerds series. Lambda Lambda Lambda is nicknamed Tri-Lambs. Lewis Skolnick and Gilbert Lowe who just graduated from high school and start college at Adams College. They were happy, they are no longer kids they are men now. They start living in the freshmen dorm and enjoying their new lives in college. When the Alpha Betas who are the football players threw a frat party and what of their hi-jinks they call fire ball burn their house down. Coach Harris who rules this college with an iron fist and plays the fear card with Dean Ulich needs his winning football team a new place to stay. Even though it was their fault they burn down their own house and not take responsibility for it. The Alphas decide to take the freshman dorm and throw the freshmen out. All the freshmen move to the Gym. Dean Ulich arrange for some fraternities to let the freshmen stay at. The rest of the freshmen who didn't get that frat spot, stays int he Gym. Besides Gilbert and Lewis. The other freshmen  Arnold Poindexter, Harold Wormser, Dudley "Booger" Dawson, Takashi Toshiro and  Lamar Latrelle stayed in the Gym with Gilbert and Lewis. All of them trying to find a place to live and they found one. It was abandoned house, they renovate it and made it better. Stan and his girlfriend Betty saw the house and it was amazing. But Stan is not impressed and doesn't want these nerds in this college or in that house. They want them out, but campus police is no help and suggest try the greek council. Greek Council can't help them, since they don't have a charter and they need a national fraternity sponsor to take up this matter. The Greek Council is run by the Alpha Betas and Stan Gable is the president and the one who threw the rock in their window and want them to leave. Every national sponsor rejected except one, is Lambda Lambda Lamdba who will happily sponsor them as a fraternity. The only reason why they took them in, because the nerds didn't send them a picture of them. U.N. Jefferson who is head of Tri-Lamb national fraternity was reluctant to sponsor them. But he caves in and let them become probationary Tri-Lambs even though the Tri-Lambs is a black fraternity. The Alphas used their pranks to make sure the Tri-Lambs don't sponsor them. But the nerds fight back and U.N. was impressed and decide to sponsor for their fraternity. The Nerds are now called the Tri-Lambs, but the Alphas gone too far on their mean prank. They even went to the greek council to stop this harassment. But no luck, since Stan is the president and the Alphas are on the greek council. They can't touch them. The only way the nerds control the Greek council is to beat them in homecoming rally. The nerds defeated the Alphas in the homecoming rally and the nerds selected Gilbert Lowe as the new president of the Greek Council. Betty Childs who was Stan's girlfriend and dumps him to be with Lewis who fell in love with him. But it didn't stop the Alphas and they decided to trash their house to make them leave the college. The nerds feel like they been defeated and want to leave the college. Until Gilbert wasn't going to let them push the around anymore. Gilbert and Lewis went to the Pep rally and make an inspirational speech about how they were treated. The Alphas almost threw Gilbert and Lewis out of their pep rally U.N. Jefferson and his buddies stop them. Dean Ulich who was supporter of the Nerds and pro nerd himself finally stand up to Coach Harris. The speech was a successful, everybody else in Adams become Pro-Nerds and start cheering for them. Dean Ulich wants the Alphas rebuild the Tri-Lambs house and while the nerds stay in the Alphas house. The Jocks ask where they would stay, simple they will stay in the Gym. The Alphas were defeated and humiliated by the nerds for good.

The Tri-Lambs are headed to fraternity conference that it is being held in Fort Lauderdale, Florida. Gilbert who is the president of the fraternity broke his leg playing chess and ask his best friend Lewis who is the vice president of the fraternity to take his place as acting president. The rest of the Tri-Lamb flock who is joining Lewis at the fraternity conference is Dudley "Booger" Dawson, Lamar Latrelle, Harold Wormser, Arnold Poindexter and Lamar Latrelle. The Alpha Betas not from Adams College, but the national fraternity heard about those nerds and wants revenge for humiliating the Adams chapter. Roger Latimer replaces Stan Gable as the new Alpha Betas President and chairman of the regional conference with his right hand man Fred "Ogre" Palowakski get the nerds out of Florida and out of their hotel. They have Buzz who is the acting hotel manager of Royal Flamingo Hotel who is biggest supporter of the Alpha Betas want the nerds out of the hotel. The nerds makes friends with Sunny Carstairs who is the hotel clerk and sexually harassed by Buzz the acting hotel manager. The nerdy bell boy Stewart defends her honor, but Buzz fires him and throws him out of the hotel. Stewart liked the Tri-Lambs and made him an honorary member of the fraternity. Since the Nerds got kicked out Royal Flamingo Hotel and stays in a shady hotel called Hotel Coral Essex. The nerds tried to make the best of it. Roger and his posse used their fair pranks to get them to leave Florida. But it wasn't enough to get rid of them. But they had another idea, since Roger is in charge of the fraternity conference appointed a new by law called Proposition 15", a rule that would require physical as well as academic standards to be met by all members of the conference. Lewis wanted to argue about Prop 15, but he never had a chance. So the nerds found a way to beat them by their own game is to throw Prop 15 party at Hotel Coral Essex. Their party was a success and Prop 15 was voted down next morning. Roger and his friends decide accept defeat, decide to make peace and let the nerds stay at Royal Flamingo Hotel and let them stay in their hotel suite. He proposes a new bylaw stating that any fraternity found to be guilty of a crime will be expelled from the national conference and their charter revoked. Roger set them up, when he hires a couple of girls to take the nerds out for a drive on the beach and so is Sunny. The nerds were arrested, when Roger reported that his car was stolen and use this to set them up to kick them out of the Fraternity conference and their charter. Sunny was unaware what Roger was up to and with Stewart they bailed them out. But that is not far from over, the Alphas kidnapped the nerds and threw them in a deserted island. Their plan was to vote them out of the fraternity conference and lose their charter tomorrow morning. Ogre wanted to tell the whole world how they humiliated the nerds and got rid of them. Since Roger knows that Ogre can't be trusted with this information, they threw him out and make him stay on the deserted island. Ogre decide to switch sides after what the Alphas did to him and become pro-nerd. A minute they were about accept defeat until Lewis was motivated by Gilbert ghost to get off his ass and stop them. So the nerds need to get off the island with their high iq, they figure out what island their on and figure out it is a cuban military guy island. They found the equipment and a tank to get them off the island. Roger and his posse was about to vote them out of their conference, until the nerds show up in an army tank. But it went out of control and landed in the pool. Roger was about to vote them out of the conference, until Sunny told everyone on the fraternity council that Roger set them up. Roger wasn't going to deny it. His posse wasn't no help, since everybody in fraternity council are now pro-nerds and can't touch them anymore. Not even Ogre can help Roger out now, since he switch sides with the nerds. Lewis was about to speak, until Roger tells Lewis that no matter what he says he is always going to be cool, popular and good-looking. Roger was right, their is nothing Lewis can say. But their is something he could do about it, Lewis punches out Roger and throws him in the pool. The fraternity conference are cheering for the nerds, expels Roger Latimer and the Alpha Betas out of the Fraternity conference and lose their charter for good. Roger was defeated and humiliated by the nerds again.

Part 3 the next generation

Frederick W. "The Ogre" Palowaski - Member of the Tri-Lamb Fraternity (1987)

U.N. Jefferson - He is a supporter of the Tri-Lambs and Head of Tri Lamb National Fraternity

Betty Childs - She is the President of P.I. Soroity and Wife of vice president of Tri-Lambs Fraternity Lewis Skolnick.

Snotty - Who was a resident of Hotel Coral Essex

Stan Gable - Who was their arch nemesis of the Tri-Lamb and is now pro Nerd. He is the Dean of Students in Adams College

Mr Skolnick - Lewis father and father figure of the Tri-Lambs. 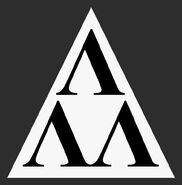 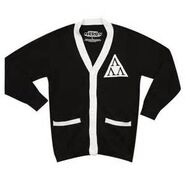