This page is about the incarnation of Trini from the 2017 movie. The mainstream version can be found here: Trini Kwan.

Didi (whenever her name is mispronounce)

Save Angel Grove from Rita and Goldar.

Freedom Fighter
The Chosen One
Unwanted

Trini Kwan is the tertartagonist of the 2017 reboot film Power Rangers.

She was portrayed by Becky Gomez.

Trini Kwan is a Hispanic teenager, who often distance herself from others including her own parents. This mainly because prior to arrival at Angel Grove, her family constantly move from town to town for work and not being able to settle anywhere, hampered her social life with another and made her the perpetual new girl to any school in process. She also happens to be in the same Biology Class with Kimberly Hart, but Kimberly barely noticed her.

Alone in the Old Mines, she encounters Kim, along with Jason Scott, Zack Taylor and Billy Cranston, after Billy set explosives on some Rocks to reveal that reveals 5 different colored Power Coins where they each take one. They were soon discovered by the Mines Security, and made a run for it.

The next day, Trini and the others discovered that they all have supernatural ablities since touching those coins and urged the gang to investigate the mines. Trini was reluctant to tag along until others persuaded her to do so by force. Their investigation on area where they uncovered mysterious coins brought them to a Ranger Space Ship, where they encounter Alpha 5 and Zordon whom materialized his face on the ship's wall since his consciousness uploaded to the ship's systems. Zordon explains to them about nature of coins found and the history of his team of Power Rangers im the past up until betrayed by a rogue Green Ranger name Rita Repulsa who sought to remove Zeo Crystal, an artifact of unspeakable powers that maintain all life on Earth to the day, from Earth and killed all life on Earth in process. He also revealed that Power Coins have supernaturally enhanced physiology and choose them as next generation of Rangers to stop Rita, but they refused and left. Only Jason who thinks they should return to the ship because Zordon pleaded Jason to lead his friends.

The next day, they return and spend their time hone their skills with their new powers, but yet able to access their Ranger Armor. Alpha also introduced them Rangers' superweapons called Dinozords for dealing greater threat such as kaiju-sized monsters. Zack tried to ride his Zord, Mastodon Zord, in spite of those superweapons can only properly controlled of their pilots don their Ranger Armor. As result, Zack loses control over the Zord when testing the said Zord for joyride and nearly harmed his teammates, angering Jason once the chaos ends. As Jason and Zack had a tense, argument, Billy stopped theor fight, inadvertly access his Ranger Armor and briefly morphed into Blue Ranger before the armor dissipates. Thus led Zordon believes that they are yet to be ready to become then next Rangers.

After Zordon dismissed them, they had a campout to where they learn more about one another. Trini reveals that her family constantly moves from one place to another for work and unable to settle anywhere until their arrival in Angel Grove, and as of now, Angel Grove High School happens to be her third school in three years. This made her never like to interact with others and developed LGBT issues where she questioned her sexuality, a problem she never revealed to her parents, or her parents never accepted that for, as her parents constantly tried to label her.

At home, Trini was attacked by Rita, who coerced her for Zero Crystals. Knowing that Billy knows where the crystal currently resided now, Rita introduced herself and revealed that she killed Trini's predecessor. Rita then goaded her to join her and meet her in the docks. Of course, Trini doesn't want to betrayed her friends and instead, meet her friends at Football Field and revealed Rita's current whereabouts and believes that they can take her down because she still weak. Unfortunately, when the new Rangers confronted her, Rita has gained enough strength to single handedly incapacitated them and threatened to kill Zack if any of them refuse to tell them the crystal's location. This prompt Billy to told her the crystal to save Zack. Though she got what she wanted, Rita unexpectedly killed Billy by strangled him to death and dropped his body to the water to retain her respect with Zordon. Afterwards, she left the demoralized Ranger brought their dying friend back to Zordon's ship.

Trini and co. then took Billy's dying body to the ship and asked him to save his life. Zordon stated that he can't do anything about it, prompt her and others to give up their life for their fallen friend. Their strong resolve caused the Morphing Grid to open once again, which gave Zordon opportunity to either regain his physical form or use the energy to revive Billy instead. To everyone's joy, Zordon, whom previously reprimanded by Jason because he initailly intended to use Ranger just to open Morphing Grid so he can regained his lost physical form and taje his revenge on Rita, chooses to use Morphing Grid to revive Billy after seeing their resolve to fight for one and another, revealed that they now have what they need to access their Ranger Armor.

They manage to succeed in morphing into their armors, and go straight against Rita's Puttie Partols, and used their Zords to fight Goldar by forming into the Megazord, and defeated, they also slapped Rita into space, after she refused to surrender to Zordon.

The Rangers are now seen by the public of Angel Grove as heroes.

Trini is mysterious but extremely bright. Her parents constantly move for work, making her the perpetual new girl to any school and unable to settle anywhere up until arriving at Angel Grove. A loner who owns it, Trini is self-sufficient and contemplative, but always observant. All she wants is to find her gang of friends, though she'll never admit it - least of all to herself.

Perhaps because her family constantly move from town to town for most of her life and not being able to settle anywhere up until arrived at Angel Grove, Trini sexual development become hampered that she developed LGBT issue where she questioned her sexuality. 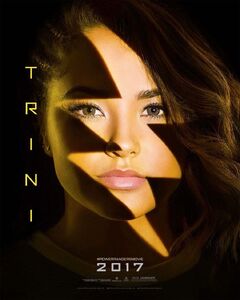 Trini in the poster of Power Rangers 2017 movie. 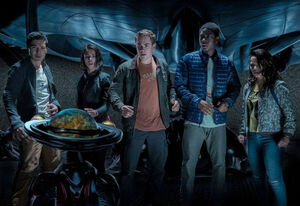 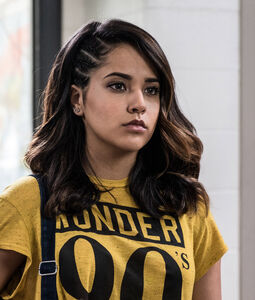 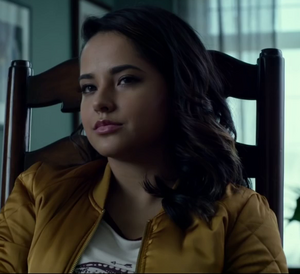 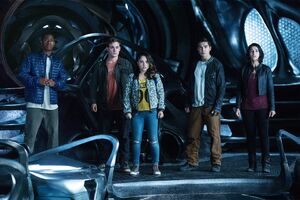 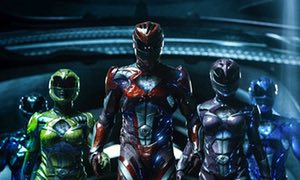 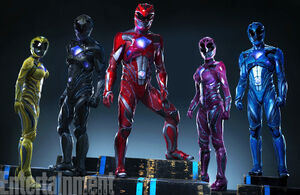 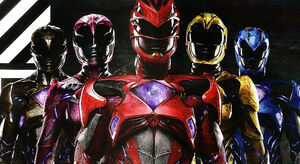 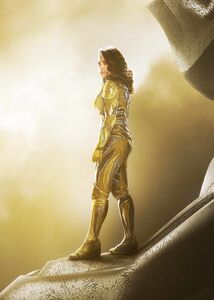 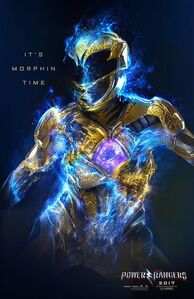 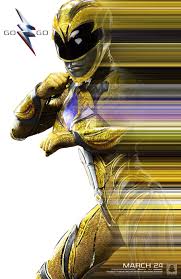 Retrieved from "https://hero.fandom.com/wiki/Trini_Kwan_(Power_Rangers_Film_Series)?oldid=1678902"
Community content is available under CC-BY-SA unless otherwise noted.