Patricia A. "Trish" Jarvis (born 1968) was the older sister of Tommy Jarvis. She was instrumental in the "final defeat" of Jason Voorhees in 1984. She was the main female protagonist of the 1984 slasher film Friday the 13th: The Final Chapter.

She was portrayed by actress Kimberly Beck.

Patricia A. Jarvis was born to Mr. Jarvis and Mrs. Jarvis in 1968. In 1973, Patricia, nicknamed "Trish", gained a brother named Tommy Jarvis. Sometime after this, Trish's father became estranged from the family and he and Mrs. Jarvis separated, although Trish at least remained in contact with her father.

In 1984, sixteen-year-old Trish, Tommy, their mother and the family dog Gordon went to their house near Crystal Lake. Trish and Mrs. Jarvis would often jog around the lake early in the morning. In June, the three were worried by the news of Jason Voorhees recent murder spree in the area, and were reassured at the news of his apparent death. On the 15th of the month, Trish was happy to learn that six teenagers would be renting the cabin next door, as she had not had company her age for a while. That night, Trish, Tommy and Gordon went next door to greet their new neighbors upon their arrival.

The next day, Trish and Tommy came upon the group of teenagers on the way home from an errand to town. As Trish tried to shield Tommy from the sight of the girls, who were skinny-dipping, Doug invited Trish to the party the group was holding that night. While driving home, the Jarvis' car stalled, prompting Tommy to take a look at the engine. The siblings were rescued by Rob Dier, an apparent bear-hunter who restarted the car. Trish invited Rob to her house and introduced him to her mother.

At nightfall, Trish kissed Rob goodbye as he left for the woods. As the girl prepared to attend the party next door, Mrs. Jarvis reminded her to go get a replacement car piece from town to repair the engine. While the Jarvis siblings were in town, their mother was murdered by Jason Voorhees, who had survived his apparent death at the hands of Chris Higgins and was now killing his way back to Crystal Lake. Upon the return of Trish and Tommy, they could not find their mother. Tommy ventured that Mrs. Jarvis was still out jogging, but Trish knew that her mother would never stay out so late while it was raining. Trish then went to check the woods, ordering Tommy to restore the faulty power.

As she searched the woods, Trish came upon Rob's tent. After nearly attacking her with a machete, Rob revealed that he was not a bear-hunter, but was in fact trying to avenge the death of his sister Sandra at the hands of Jason Voorhees five days previously. Rob revealed that Jason's body had vanished from the Wessex County Morgue, along with a coroner and a nurse, information that Mrs. Jarvis had been concealing from her children. Worried about Tommy, Trish and Rob retreated to the Jarvis house, where Tommy had restored the power. Trish attempted to phone the police, but outside, Jason pulled out the fuse box just as she did so. Trish and Rob armed themselves and went across the road to check the party cabin, taking Gordon with them.

Trish and Rob discovered the cabin in shambles, caused by Jason's murdering of the teenagers shortly before. As Rob descended to the basement, Trish followed a frantic Gordon upstairs, where she was horrified to discover Doug's mangled body. Trish ran downstairs, shrieking for Rob. As Rob ascended the stairs to meet her, he got caught in the stairs and dropped his knife. Despite Trish's pleading, Rob went to fetch his weapon, and was promptly attacked by Jason, who had been hiding in the dark basement. Trish watched in horror as Rob was murdered, yelling at her to run. Trish was then attacked herself, but she was able to fend off Jason by hacking at his hand with a machete and escaped, discovering the bodies of Terri and Jimmy as she did so.

Trish fled back to her house, getting Tommy to help her to nail shut the doors and windows. However, Jason threw Rob's corpse through one window, then jumped through another to grab Tommy. Trish and Tommy were forced up into Tommy's bedroom by the madman. The pursuit ended with Trish smashing Tommy's computer monitor over Jason's head. Seeing that the killer was still breathing, Trish told Tommy to flee when she was gone, then proceeded to lure the revived Jason to the cabin next door. Ultimately, the girl jumped through an upstairs window to escape, falling unconscious for several minutes.

Upon her return to her home, Trish was anguished to discover her brother was still upstairs. She was forced to make one last stand as Jason pursued her once again, managing to wound him several times with the machete. As Trish was pinned down by the psychopath, she was rescued as Tommy came downstairs, calling to Jason. He had modeled his appearance after an artist's conception of eleven-year-old Jason as described by Alice Hardy that he had found in Rob's backpack. As Jason stared at Tommy in a trance, Trish crept up behind him and swung the machete at him, knocking his hockey mask clean off his face. As Trish stared at Jason's wounded, deformed features in horror, Tommy seized the fallen machete and drove it into Jason's skull, making the killer fall to the ground, seemingly dead. As the siblings embraced, Tommy noticed that Jason's hand was still twitching and proceed to maniacally hack Jason apart, stabbing him over and over again. Trish called out to her brother again and again, but he did not respond.

After being rescued by the police, Trish suffered a nightmare in which she discovered her mother's body in the bathtub and was attacked by Jason once again. She then awakened in the hospital, just as Officer Jameson was receiving some final information regarding Trish's injuries, which would require surgery. At Trish's request, Tommy was let in the room and the siblings embraced once again.

Following the events of 1984, Tommy was sent to several different institutions and put through many forms of therapy to deal with his traumatic experience. He kept a picture of Trish, his mother and Gordon, taken shortly before his encounter with Jason. Tommy would often have flashbacks to the final battle with Jason, with Trish calling his name, most notably when he encountered Voorhees copycat Roy Burns in 1989.

In June 1990, moments before accidentally resurrecting Jason, Tommy had one last flashback to the events of 1984 involving Trish calling him. 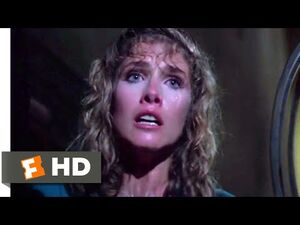 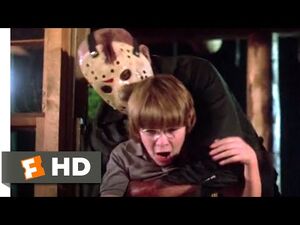 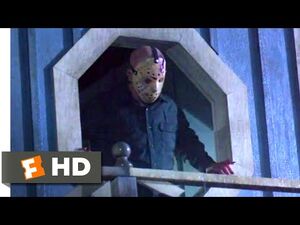 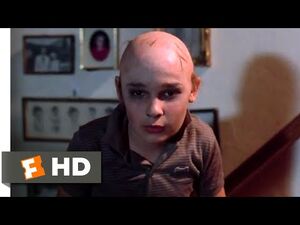 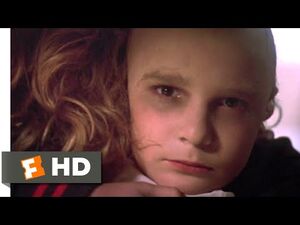