Student at Yokai Academy, Member of the Newspaper Club

Immortality, Superhuman strength and speed, Wealth of Power, Flight, Immense agility, reflexes and stamina (all as a vampire)

Tsukune Aono is the main male protagonist of the anime/manga series Rosario + Vampire. He is a human teenager who is mistakenly enrolled in an academy for monsters, where he meets Moka Akashiya, a vampire who takes an interest in him and the sweet flavor of his blood. Despite liking Moka (average), Tsukune soon encounters Kurumu Kurono, Yukari Sendo,Ruby Tōjō, and Mizore Shirayuki, all of whom develop feelings for him and become his closest friends. Along with his unwanted harem, Tsukune also makes a few male friends and acquaintances as well: Ginei Morioka, Fang Fang Huang, and Hokuto Kaneshiro.

Tsukune is later injected with Moka's vampire blood transforming into a Ghoul and undergoes several major bodily changes, including the Human Modification Ritual, emerging as a Modified Human and possessing both yōjutsu and vampiric powers. Later on, Tsukune finally gains full control over his vampiric powers and becomes a Shinso Vampire.

He is voiced by Daisuke Kishio in the Japanese version of the anime and Todd Haberkorn in the English version, the former of whom also voices Loke.

Tsukune’s typical appearance is that of an average human teenager: he has black hair, brown eyes and a relatively athletic physique. Whenever he is injected with some of Moka’s blood, his eyes develop slitted pupils, much like those a true vampire when they exert their power. After becoming a modified human, blue patterns that resemble the conductive tracks of a printed circuit board appear on Tsukune’s skin when using his newly-learned spells and powers. His eyes also appear to change from brown to blue when using certain Youjutsu techniques. The wounds he often sustains from altercations with monsters leave several scars on his body, the most prominent being an X-shaped mark on his torso he received from a monstrel that possessed blades for arms.

During his initial transformation into a ghoul, he develops the aforementioned vampiric eyes in addition to a black, web-shaped mark on his neck and face, originating from the puncture marks made by Moka’s fangs. When he experiences a complete—albeit temporary—transformation into a ghoul during his human modification ritual, he gains silver hair, empty white eyes, fangs and bat-like wings. His skin also turns mostly black with red patches over some of his muscles and crack-like patterns on his face, arms and torso. After undoing the first and second seal of his Holy Lock while aboard the Hanging Garden, Tsukune’s third transformation into a ghoul is slow but obvious: a black layer of skin gradually spreads over his body, wings begin to sprout from his back and parts of his body, such as his right arm, sporadically mutate due to being in close proximity to an awakening Alucard, the Shinso blood of whom having been directly passed onto him by Moka and her mother interacting with the supernatural energy of its original owner through his body.

After tearing off his Holy Lock to become a Shinso vampire to and learning how to control his new abilities with his friends’ aid, Tsukune can use his now immense Wealth of Power to change his physical appearance. He can now make his black hair silver, his round pupils slitted and create a black layer of skin that covers most of his body save for his face. This greater access to his aura allows him to sprout large bat-like wings from his back and likely make a full transformation into a rat or bat. He can also use his Creation ability to form a suit of flexible steel armor around his upper body, protecting him from injury to a certain extent.

For most of the series, Tsukune has worn the traditional Yokai Academy uniform with little personal modification: a white button-up shirt, a red tie, a green jacket, a black belt, light brown khakis and dark loafers. In the anime, he has occasionally worn uwabaki slippers with green soles. After the battle with Alucard at the end of the manga, he abandons the jacket of his uniform entirely. His casual attire consists of a green button-up shirt, a white T-shirt, a black belt, brown cargo pants and white sneakers. At the beach, he is shown to wear dark blue swimming trunks and sandals.

It should be noted that Tsukune is perhaps the most decent, chivalrous and compassionate character in the entire series. During his time at Yokai Academy, he comes to see monsters as equals and share the hope that they can live peacefully alongside humans. Despite there being many instances where he has been put into dangerous, even life-threatening situations, he is seemingly unable to bear hatred or hold a grudge and has forgiven those who have previously tried to do him harm. His selflessness and courage often comes out when he or someone from his group of friends is faced with the possibility of injury or even death. He is also willing to sacrifice anything order to protect the people he holds dear, even his own humanity. This is what has ultimately gained him friends at the academy as well as the affections of Moka, Kurumu, Mizore, Ruby and Yukari.

Although Tsukune is willing to do battle when necessary, as an idealist who strives for peace, he favors diplomacy over violence. He has expressed his desire to simply reason with some monsters such as Lady Oyakata and Gyokuro Shuzen rather than fight them. While he has certainly regarded many of his encountered enemies with anger, he does not appear to truly wish them ill will or death. This is not without exceptions, though: he butchered some the ghouls of the Black Parade before confronting Gyokuro, an act that, when one considers the fact that they were once vampires who had been turned into mindless creatures, can be viewed a kind of mercy-killing. Before that, he verbally threatened Kuyou’s life during their rematch, though this was likely a side-effect of Tsukune’s own ghoulish nature surfacing after removing the first seal of his Holy Lock. The use of his Creation ability to nearly obliterate Alucard’s body conveys lethal intent as well, which is not at all unjustified given that Alucard was too large and resilient to be damaged by much else.

Even though there have been many instances, where he has been put into dangerous, life-threatening situations (many of which are due to enemies whom he later befriends), he has never held a grudge against anyone. Tsukune's selflessness and courage comes to the foreground, whenever he or someone from his group of friends is faced with the possibility of injury, or even death. Though powerless, he has the tendency of throwing himself into danger to ensure the safety of his friends. As the series progresses, this habit becomes extremely dangerous the enemies he encounters are so powerful that he frequently comes close to dying. Ironically, this leads to a situation where he calls upon "his own" supernatural abilities (originally from Inner Moka) as well as the concealment of his human identity from much of the student body.

Even after becoming a vampire, Tsukune has not changed as a person. He considers himself as much a human on the inside as he once was outside. To him, what he is does not matter so long as his personality remains intact and he can protect and be with the people he cares about, especially Moka.

As a human, Tsukune used to rely on his ability to take off Moka's Rosario Cross, releasing her true vampire state, and have her fend off opponents. Thus far, he is the only one who can successfully do so because he truly and unconditionally loves Moka and wishes her no harm, causing her Rosario to accept him.

Modified Human Physiology & Vampirism: Due to repeated vampire blood transfusions from Moka, Tsukune gained powers and abilities vastly exceeding those of a human being and arguably most vampires. After his final transfusion he had become vampiric ghoul with abilities surpassing a normal vampire at the cost of his insanity. Finally, thanks to Touhou Fuhai, who modified his body, Tsukune became able to use Yōjutsu techniques. As a Shinso vampire, Tsukune can rely on his own latent powers to fight. 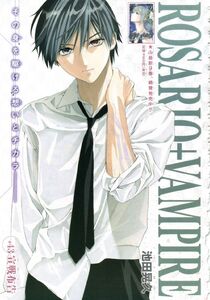 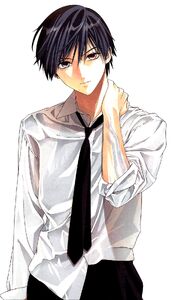 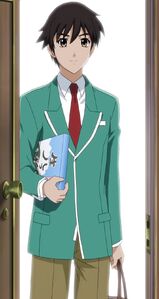 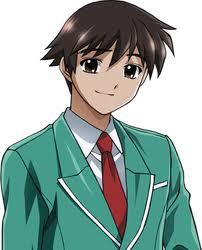 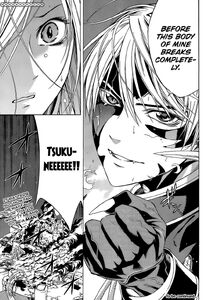 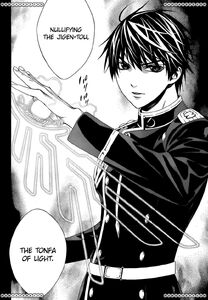 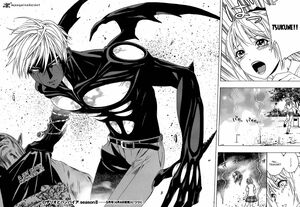 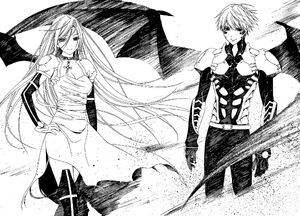 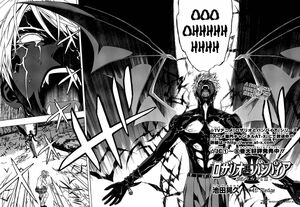 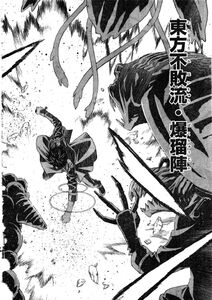 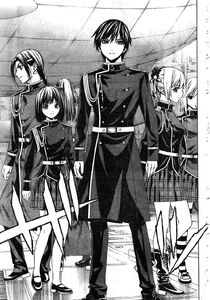 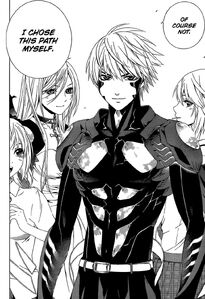 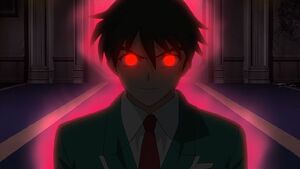 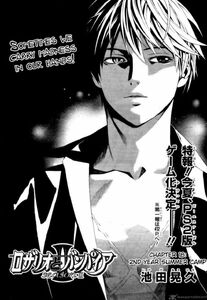 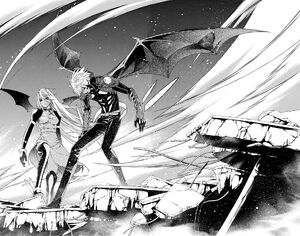 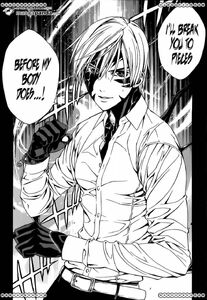 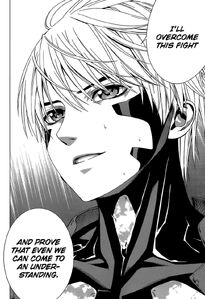 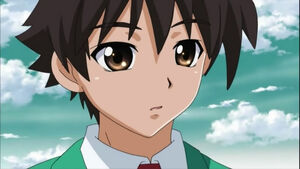 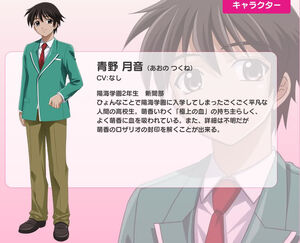 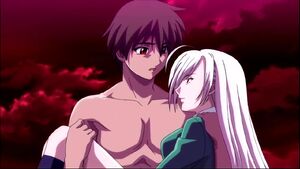 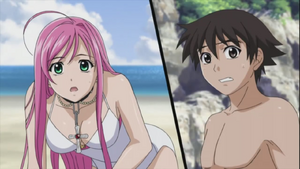 Retrieved from "https://hero.fandom.com/wiki/Tsukune_Aono?oldid=1777223"
Community content is available under CC-BY-SA unless otherwise noted.