Tsuyu Asui is a supporting character in My Hero Academia. She is a students of Class 1-A and one of Izuku's friends.

Before starting at U.A., Tsuyu's parents had to travel for work often, which gave them little time to raise their children. Tsuyu was left with the responsibilities of raising Samidare and Satsuki, such as making dinner for them. Although it was tough raising her little siblings, Tsuyu still found her life to be wonderful.

Two years ago before starting at U.A., Tsuyu's hero studies at her middle school piled up and she didn't have much free time for herself. Tsuyu's busy schedule, as well as her frog-like appearance, made it difficult for her to make friends. During her time at middle school, there was a student who started stalking her named Habuko Mongoose, who also had difficulty making friends. Habuko often used her Quirk, which paralyzed whoever she looked at for three seconds, on Tsuyu. Despite this, Tsuyu wasn't bothered by Habuko's stalking because she could understand her as they were both lonely.

One day, Tsuyu mustered up the courage and finally asked Habuko to be friends. Habuko was surprised and touched by Tsuyu's kindness, before happily agreeing to be friends with Tsuyu. Eventually, Tsuyu and Habuko graduated from their middle school, but went to different high schools though they kept in contact.

Tsuyu is a girl that is half frog and half human, and her appearance is likewise. She has straight dark green hair that ties into a bow at it’s bottom, and her eyes are considerably huge, unlike any normal person. She has eyelashes at the bottom of her eyes and her mouth forms a shape similar to a “v.“

Her superhero costume consists of a full body piece of green in shades darker, her gloves are beige and she has boots that resemble the legs of green frog. She has protective glasses of which somewhat resembles that of a frogs. In fact, most of her costume is based on the design of a frog.

Tsuyu is laid-back, but she is also very direct with those around her, willing to tell them exactly what she think about others. Due to her parents being busy at work and often being left to look after her two younger siblings at a young age, she is a very mature and responsible individual who is able to effectively divide her attention between home and school-related duties without letting them interfere with one another. This has also lead her to being an effective pillar of emotional support for others, making them feel safe and at ease if they don't feel so. She seems to be very indifferent when in school, but sometimes she has demonstrated the opposite and is quite perceptive. She is extremely realistic, she cares about her classmates, and remains calm in the face of danger, but reacts violently if someone harms her, and prefers to be called by her nickname as opposed to her real name. 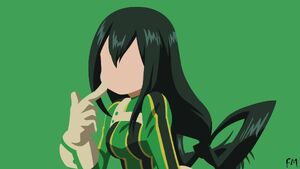 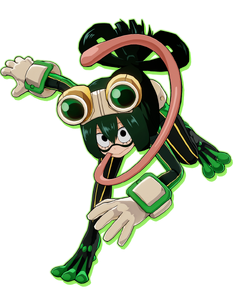 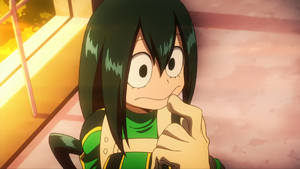 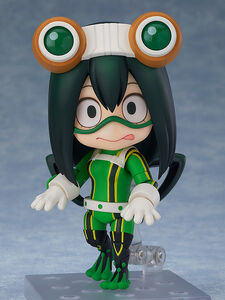 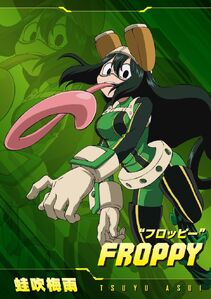 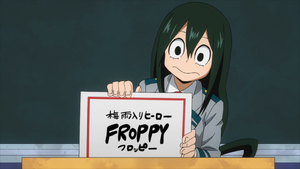 Retrieved from "https://hero.fandom.com/wiki/Tsuyu_Asui?oldid=1946479"
Community content is available under CC-BY-SA unless otherwise noted.