Act as a guide for characters.

Reward the real Millennium Star to the Superstar of the Universe.

Magical Guide
Tumble is a dice that was brought to life by the fake Millennium Star to serve as a host and guide for characters in Mario Party 3.

Tumble is a small creature whose head is covered by a blue Dice Block, similarly to a Mushroom cap on a Toad. It wears red shoes and its hands are covered up by white gloves.

Tumble appears to have the ability to levitate himself and was able to store the real Millennium Star inside the dice on his head. He also has extensive knowledge about game boards and mini-games.

Tumble reappears to assist Mario and company navigate through Shroom City. He will give a character a mushroom to fuel their shoe car if they land on a mushroom space. 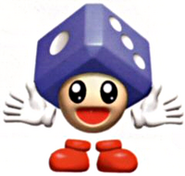 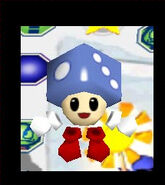 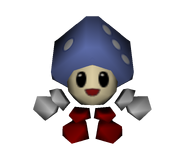 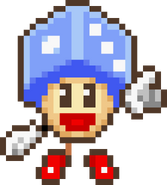 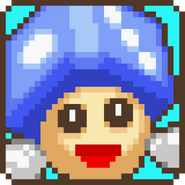 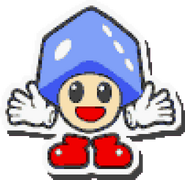