Twenty thousand years ago, the Fairy race assisted humans in a battle against the Bōma Tribes and sealed them away. Due to modern day pollution and man's destruction of nature, the power of Fairy magic has weakened, allowing the seal to be broken and the Tribes escape. With the help of Doctor Dazai, Seelon, the last of the fairies, summoned five high school seniors. As children, they were showered with the "flames of spirit" of the fallen fairies in a forest, and can now hear Seelon's voice. Donning powered suits, the product of a collaboration between Seelon's magic and Doctor Dazai's science, the five become the Turborangers, juggling days of fighting with their regular school lives, in order to defeat the Bōma Tribes.

In Gokaiger, years later, the Space Empire Zangyack invaded the Earth. The threat is so great that all the top 34 Super Sentai teams, including the Turborangers, need to oppose them. The 34th Sentai teams fought a heroic battle against the ground forces, but when the Zangyack fleet itself attacked them, Akarenger told everyone to combine their powers and save the earth. This destroyed the Zangyack fleet and caused them to lose their powers, which reappeared as Ranger Keys and spread throughout the universe.

The keys were collected by AkaRed and later used by the 35th Super Team. Gokaigers, a group of five people from different planets came to Earth to find the greatest treasure in the universe. When Gokaigers teamed up with Goseigers against the resurrected Black Cross Führer, also known as the Black Cross King, they were told by Akarenger and several other representatives of the past Sentai team, including Riki. Gokaigers and Goseigers now have the power of all Sentai teams gathered in one place, they must use the power given to them and their courage to protect the shiny blue earth. Like other legends, he gave the team greater power to Gokaigers. Gokaiger Goseiger Super Sentai 199 Hero Great Battle Riki and his team gain their powers when returning to Ranger Keys before Gokaigers finally defeated Zangyack and left earth. 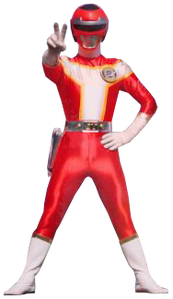 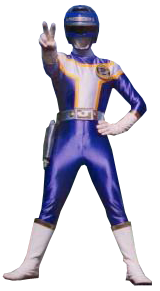 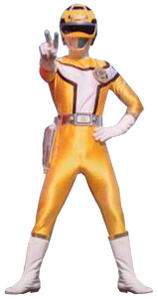 Pink Turbo
Haruna Morikawa
Add a photo to this gallery 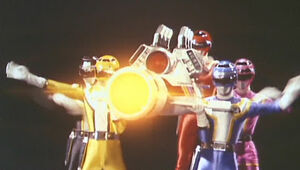 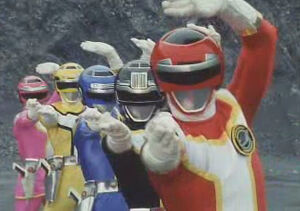 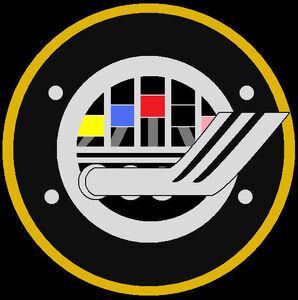 Retrieved from "https://hero.fandom.com/wiki/Turborangers?oldid=1834712"
Community content is available under CC-BY-SA unless otherwise noted.