Twinkle is the main characters of Higglytown Heroes. She is 6 years old. She is Wayne's younger sister, the close friend of Kip and the best friend of Eubie. Twinkle tends to like pink and her personality is calm, mischievious and sociable, Twinkle draws new ideas in order to fix a problem. Fran tells her that’s a nice idea but there can be problems in there and when Fran tells her that Twinkles ideas aren’t true, Twinkle says "Aw, pickles!"

She is voiced by Liliana Mumy who later voiced Leni Loud.

Twinkle is an African-American girl. She has brown hair (styled in Afro puffs), dark skin and violet eyes. She wears a pink headband with pink stars and a small pink ribbon, a pastel pink shirt shines with glitter and a pink duck hatching an egg in the center and magenta pants with purple stripes.

Twinkle appears in every episode with her brother, Fran and her friends. Her first appearance was in "Up a Tree". 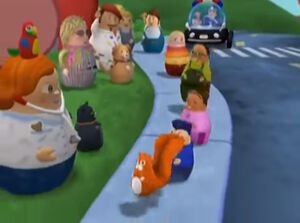 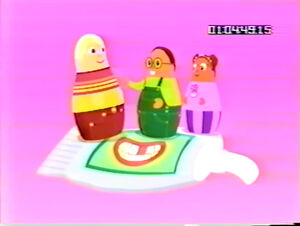 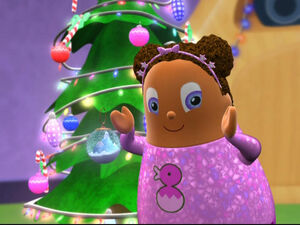 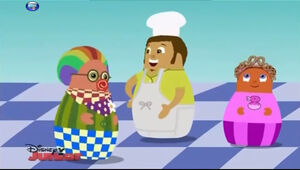 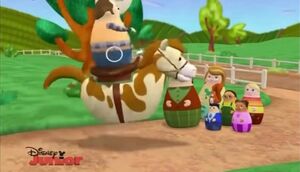 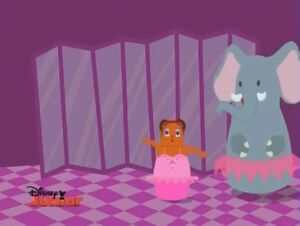 Retrieved from "https://hero.fandom.com/wiki/Twinkle_(Higglytown_Heroes)?oldid=2211844"
Community content is available under CC-BY-SA unless otherwise noted.