Building with his friends.

Protect the Crater from D-Structs and other villains (succeeded).

Freedom Fighter
Ty Rux is the main protagonist from the DreamWorks Netflix TV series, Dinotrux. He is a red Tyrannosaurus Trux who, unlike others of his kind, is actually very genuine and kind, and made his won group to fight against villains such as D-Structs. However, a more evil enemy, D-Stroy, took control of the Crater with D-Structs, and he plans to defeat them before it is too late.

He is voiced by Andrew Francis, who also voiced Cole (Season 15-onwards) and Morro from Lego Ninjago, Shining Armor from My Little Pony: Friendship is Magic, Max McGrath from Max Steel, Lin Chung from Hero 108, Gil Nexdor from Johnny Test and it's reveal series.

Ty is a powerful Tyrannosaurus Trux with a lot of heart and a strong belief that different kinds of Trux can live together in harmony. He dislikes fellow T-Trux D-Structs, but only because D-Structs refuses to cooperate with others and seeks to do harm. Even these traits do not prevent Ty from acting with kindness to his enemy, as he has saved D-Structs on a number of occasions despite their antagonism. 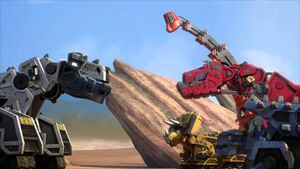 Ty Rux rescues Dozer from the tar from Ty and Revvit. 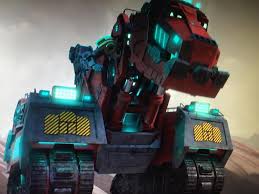 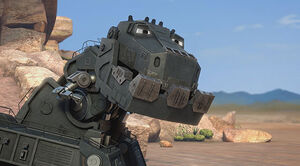 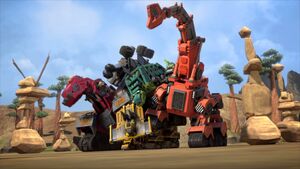 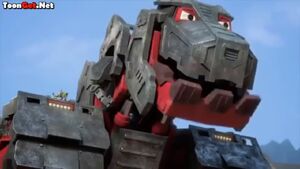 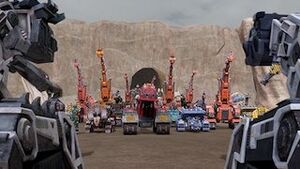 Ty and his friends and allies facing the D-Brothers. 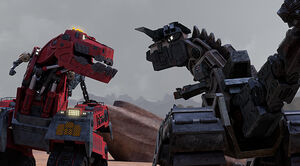