Tyke Bulldog is a major character of the Tom and Jerry franchise. He is the bulldog puppy son of Spike Bulldog.

He was voiced by Patric Zimmerman in The Tom and Jerry Kids Show.

He is a small gray bulldog puppy, wearing a red (in Tom and Jerry Kids blue) collar.

He is Spike's young pup son, he usually appeared as a recurring role in the Tom and Jerry franchise. 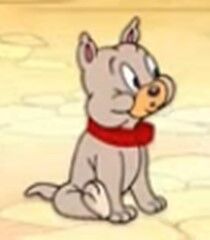 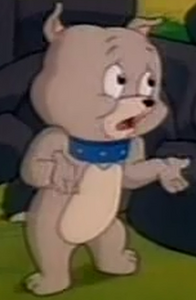 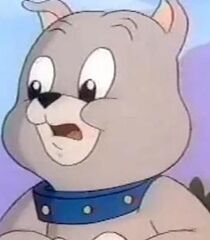 Retrieved from "https://hero.fandom.com/wiki/Tyke_Bulldog?oldid=2257780"
Community content is available under CC-BY-SA unless otherwise noted.