Princess Peach is an classic example of a damsel. In her case, she is frequently captured by King Bowser throughout the Mario video game series.

Arceus is a Deity & a Force of nature. 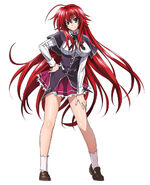 Rias Gremory is the powerful demon.

The Specialized Extracurricular Execution Squad are an entire group of destiny defiers.

Gon Freecss is an perfect example of a determinator. In his case, he can have his arm broken, get tossed around for three hours, have a knife touch his forehead and still won't give up.

Emu Hojo is a Doctor. 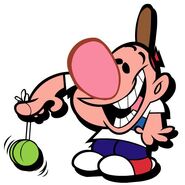 Billy (The Grim Adventures of Billy & Mandy) is a dimwit. 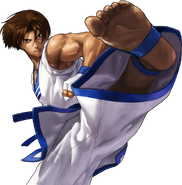 Kim Kaphwan is the disciplinarian of Taekwondo.

Yugi Muto is an dissociative, namely for a split side named Yami Yugi who often releases during duels and other times from the pyramid necklace (Millennium Puzzle) he wears. 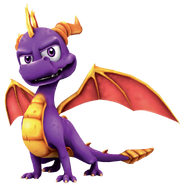 Spyro is the heroic dragon. 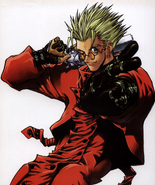 Vash the Stampede is the dreaded hero. In his case, he is the most feared outlaw on the planet Gunsmoke, and has a $60 billion price on his head.

Commander Shepard is the egalitarian hero.

Johnny Bravo is an egomaniac. 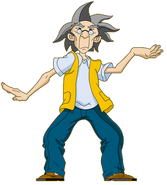 Uncle Chan is the elderly antiquarian. 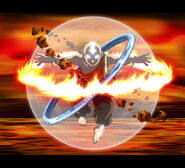 Aang is a perfect example of an elemental.

Alleyne is an elf.

Allen Walker is a classic example of the exorcist.

Rorschach is the prime example of an extremist. In his case, his moral absolutism leads him to continue fighting crime even after superheroics have been outlawed, because to him, evil must be punished, even if that means becoming a vigilante and effective serial killer. 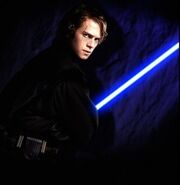 Anakin Skywalker is a classic example of fallen hero. In his case, he was secluded by the Dark Side of the Force and became Darth Vader. 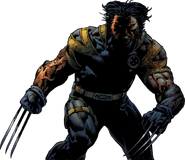 Wolverine (Marvel Comics) is a feral.

The Crimson Chin is the good example of fictional fictional hero. In his case, he is the fictional superhero in the main character's favorite comic book.

B1 and B2 are Food Heroes

Mr. Krabs is the best example of a fortune hunter. In his case, he consistently tries to increase his wealth by any means possible, including torture 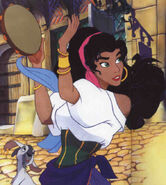 Esmeralda (Disney's The Hunchback of Notre Dame) is the freedom fighter.

Spike Spiegel is the friend of a villain, being the former best friend of main antagonist Vicious.
Add a photo to this gallery
Retrieved from "https://hero.fandom.com/wiki/Types_of_Heroes_D-F?oldid=1792217"
Community content is available under CC-BY-SA unless otherwise noted.