Anita Lesnicki is the teenager.

Ness (Earthbound) is the powerful telekinetic.

Charles Xavier is the skilled telepath. 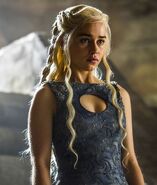 Daenerys Targaryen is the Chosen One.

Luke Skywalker is "The Hero" of the Star Wars franchise.

Touma Kamijou is a good example of the Messiah, specifically the all-loving hero, as he'll easily risk his life to save someone he doesn't even know; he himself states he doesn't see why he needs a reason to help someone.

Kick Buttowski is the thrill-seeker.

Kaede is a prime example of the tragic heroine & an unwanted heroine. In her case, she was relentlessly bullied in the orphanage and lost her puppy to mean-spirited kids.

Aladdin (Disney) is the best example of a trickster. In his case, he uses his cunning tricks to overcome his opponents.

Seras Victoria is the full-fledged vampire.

Scorpion, aka Hanzo Hasashi, is the vengeful fighter in the Mortal Kombat series. In his case, he seeks to kill Quan Chi for the sorcerer's murder of his family and clan.

Daredevil (Marvel Comics) is an popular example of a vigilante.
Add a photo to this gallery
Retrieved from "https://hero.fandom.com/wiki/Types_of_Heroes_T-V?oldid=1737611"
Community content is available under CC-BY-SA unless otherwise noted.