The Jewel of Firewood

Improving her combat skills (be it fighting or magic)

Avenge her fallen Kingdom and its people. (succeeded)

Amazon
Vengeful
Tragic
Tyris Flare (ティリス=フレア Tirisu Furea), written as "Tyris=Flare" in her early appearances, is one of the main protagonists of Sega's video game franchise Golden Axe and the sole playable character in Golden Axe: Beast Rider. She was introduced as a princess-turned-warrior in the original Golden Axe in 1989.

Tyris is voiced by Hiroko Emori in PC Engine version of Golden Axe and Mary Elizabeth McGlynn in Beast Rider.

In the Golden Axe games

In the early Golden Axe beat 'em up games, Tyris the former princess of the Firewood Kingdom, where she lived happily with her parents, the king and the queen. One fateful day, an evil army led by Death Adder invaded her kingdom. Her father and the kingdom's army tried to fight them off, only to be defeated. After her father was slain by Death Adder, her mother escaped with her to the canyons. After momentarily evading Death Adder's army, her mother told her to remain hidden deep within the canyons no matter what happens just moments before one of Death Adder's minion suddenly appeared and killed her. All these tragedies occurred on her birthday. Only three citizens of Firewood Kingdom escaped the terrible carnage that ensued: Tyris, Gillius Thunderhead and Ax Battler. Tyris was then adopted by the amazons who trained her in the arts of swordsmanship and fire magic. Tyris has the shortest range among the heroes, but is most agile and has the most powerful spells; her magic attacks are all fire-based, including the summoning of a giant, flame-spewing dragon.

The first Golden Axe begins with the 23-year-old Tyris and her friends Ax Battler and Gilius Thunderhead find their mortally wound friend Alex, who tells them that the king and the princess have been taken by Death Adder and asks to avenge him before passing away. Tyris fights her way through the land of Yuria to the castle of Death Adder. Even though he is wielding the legendary Golden Axe, Tyris is victorious and saves the king and his daughter. A few years after Death Adder's defeat, Dark Guld claims the power of the Golden Axe conquer the land in Golden Axe II and the three warriors go into battle again to deal with this new menace. She makes a cameo appearance in the action-adventure game Golden Axe Warrior. One of playable characters in the fighting game spin-off Golden Axe: The Duel is also Tyris' descendant named Milan Flare.

In Sega Genesis' Golden Axe III, which takes place many, many years after event of Golden Axe II, it is hinted that Tyris had died of old age.

Tyris is the protagonist of Golden Axe: Beast Rider, wherein the developer Secret Level said the focus was on her reimagining. In this game, she is a "half-gladiator/half-barbarian" defender of the Axirian Priestesses, a female sect worshipping the Great Dragon in the Island of Axir. After the sisterhood is wiped out by Death Adder's forces, she takes up sword and sorcery to avenge them and stop him from taking over the world. She is depicted as a long-haired in skimpy red or red-and-white costumes and various hair colors. She has darker skin, shorter red hair, and white warpaint around her green eyes, and wears several different tribal-like outfits throughout the game, depending on which stage she is in, which are unlocked and can be used in other stages.

In the early-1990s Golden Axe II sequel comic serialized in Sonic the Comic, the blonde Tyris is the leader of the trio (depicted on the issue #5 cover). In the story "Citadel of Dead Souls", she gets captured by the dark sorcerer Blackspell and his female apprentice Ul-Tima to be sacrificed for the resurrection of Dark Guld, but escapes and leads her friends to destroy the villains and secure the Golden Axe. While taking it back to Yuria in "Plague of Serpents", they are attacked by Cobraxis and his wizard priests, but manage to defeat them too. In 2015, Tyris was announced to be featured in the crossover comic series Worlds Unite.

A figurine of Tyris was released by Yujin as part of the SR Sega Girls Collection 2. Easy Mode in the 1996 beat'em up game Dynamite Deka changes the player character Cindy Holiday into Tyris and allows her to fight Death Adder replacing one of the game's bosses. She also makes a cameo appearance in the arcade version of the 1990 beat'em up Alien Storm. 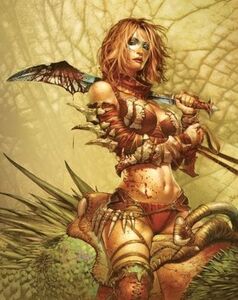 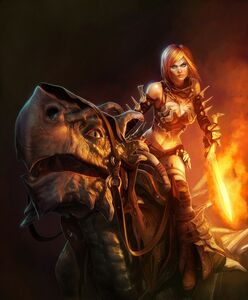 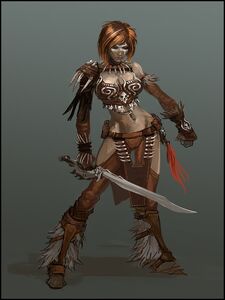 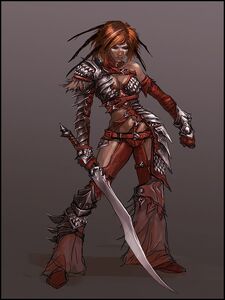 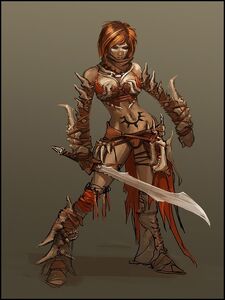 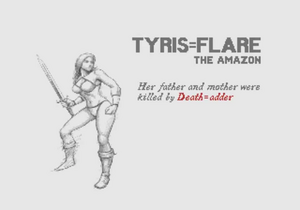 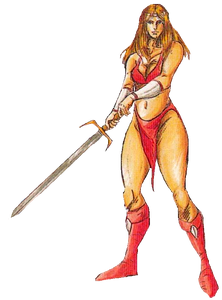 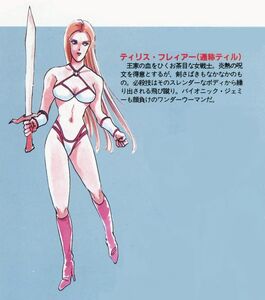 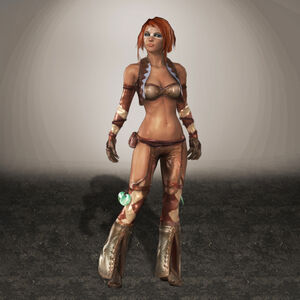 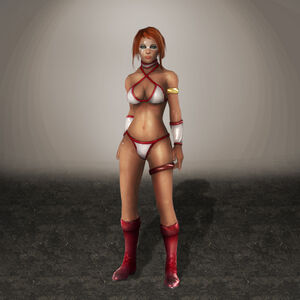 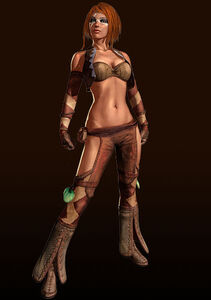 Retrieved from "https://hero.fandom.com/wiki/Tyris_Flare?oldid=1772081"
Community content is available under CC-BY-SA unless otherwise noted.