Doctor Who: The Invasion

Most advanced weaponry and technology of Earth

The Unified Intelligence Taskforce is recurring organization in the Doctor Who-universe, appearing often as an ally to The Doctor and the Torchwood Institute. They are a military and scientific organizaiotn tasked by the United Nations to defend the human race from extraterrestial and other paranormal threats.

An incident which led directly to the creation of UNIT was the takeover of London by the Great Intelligence, with robot Yetis and a deadly cobweb-like fungus. Assisted by the Second Doctor, another group of British infantrymen, led by then-Colonel Alistair Gordon Lethbridge-Stewart, beat back the Yeti from the tunnels of the London Underground.

The United Nations were aware the world faced threats from extraterrestrial sources. As space programmes sent probes deeper and deeper into space, mankind was drawing attention to itself.  The UN established UNIT with the mandate to investigate, monitor and combat such threats. Lethbridge-Stewart was put in charge of the British contingent.

Over the 20th and 21st Century UNIT has gone up against countless extraterrestial threats such as the Autons, Silurians, Daleks, Cybermen, Sontarans, Zygons, the 456 and the Shoal of the Winter Harmony.

By 2018/2019 the organization was suspended and was pending review, due to international struggles. 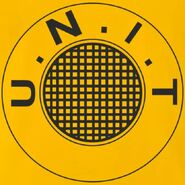 Retrieved from "https://hero.fandom.com/wiki/UNIT?oldid=1913960"
Community content is available under CC-BY-SA unless otherwise noted.