Likes to get groovy.
Likes to save the world.
Likes to report.

Ulala (born May 30th, 2477) is the main character and protagonist of the Space Channel 5 series.

After a deadly incident, Ulala became the sole survivor of her crew, and later became the lead reporter for Space Channel 5. Her main goal is to save the people of the galaxy, but to also do it in style.

Ulala is a very talented dancer and skilled at playing several musical instruments, including the guitar, drums and keyboard. Her goal is to become recognized as the number one news reporter in the entire galaxy.

On the other hand, Ulala enjoys shopping, her favorite ice cream flavor is cherry vanilla, her blood type is B, her Zodiac sign is Gemini, and she has Herpetophobia, which is the fear of reptiles.

Ulala was voiced by Apollo Smile, best known for her roles in many small English anime’s. Her Japanese voice actress is unknown. Apollo was later replaced by Cherami Leigh for Space Channel 5: Kinda Funky News Flash!.

Ulala’s outfits change throughout the games, as it fits her personality and style for television.

Ulala is very self-confident, often heading into danger without showing the slight trace of fear. In Part 2 however, Ulala seems to lose some confidence against the Rhythm Rogues. She often exclaims shock at some of the drama in the game, such as when people are taken hostage. However, Ulala still retains plenty of her confidence from the prequel.

Ulala is self-assured and ready to meet any challenge, but also uniquely human, excitable and dramatic, and never without the help of friends and fans alike as a result.

When she was around ten years old, Ulala became the sole survivor of a spaceship accident. She was rescued from the predicament by a Space Channel 5 reporter, and the rescue inspired Ulala to become a reporter as a gratitude for the station that saved her life.

The reporter that saved Ulala soon left Channel 5 however, and she never got to thank him for saving her.

Eight years later, Ulala soon got to work with the station. However, it wasn't until another two years that she got her big break as a space reporter, during the Morolian Invasion in the first Space Channel 5.

Ulala is a playable character in Sonic & SEGA All-Stars Racing. She can be found in the shop and can be purchased for a certain amount of SEGA Miles.

Her car is her iconic white hovercraft with the Space Channel 5 logo on both sides.

When Ulala’s All-Star is activated, she stands on her car seat, takes out her Chu gun, and shoots at the other players. The gun will shoot out hearts, which home on other players.

Ulala is one of the 24 main and playable characters in this game. She is a default character and can be used on any track in-game.

Her all-Star acts just like she would in to her original games.

Ulala was supposed to be added to the SEGA Heroes mobile game, but it was initially discontinued and shut down. 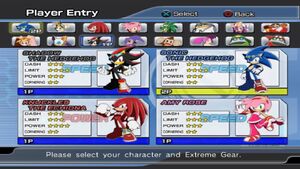 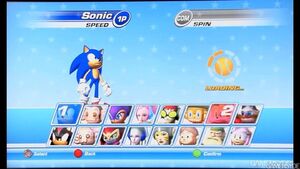 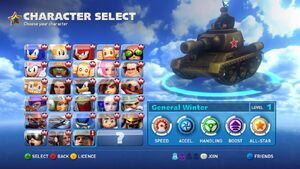 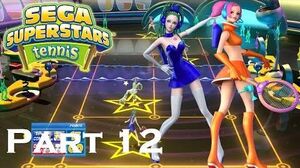 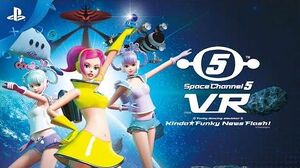