To get out from the Killing School Trip (DR2).

To stop Ryota Mitarai from brainwashing the world with hope (succeeded).
To atone to the actions of the Remnants of Despair (ongoing).

He has the title of Ultimate Imposter (超高校級の「詐欺師」chō kōkō kyū no “sagishi”). He appears in Danganronpa 2 disguised as Byakuya Togami from the first game but in reality, a nameless Imposter.

He was murdered in Chapter 1 by Teruteru Hanamura after trying to save Nagito Komaeda from being killed. But, since the killing game he participated in was just a simulation, both he, Teruteru and all the others who died only ended up in a coma, from which they would be eventually awaken from, never actually dying.

As his true identity, he is voiced by Eric Vale who is best known as Yuki Sohma.

The Ultimate Imposter's real appearance is that of a man with long, black hair and green eyes. His age is unknown, though he appears to be in his early twenties. He has a very heavy build but it doesn't affect his ability to fool others.

In Danganronpa 2, his apparently real voice sounded high-pitched, though it was probably just a part of the illusion created by an AI of Junko Enoshima since, in Danganronpa 3, his real voice is quite deep. He also refused to go swimming in front of others since it was either part of his Byakuya impersonation or he did it to avoid accidentally revealing his true face.

As Byakuya, the imposter appears very similar to the real one, having platinum blond hair and bright blue eyes accompanied by rectangular, white-framed glasses. His shirt appears to be the same one as the first game, as well. However, in contrast to the real Byakuya, "Byakuya" is a very large set and wears a white dinner jacket, white slacks, and white dress shoes.

As the Ultimate Despair, "Byakuya" wears night vision goggles that shone red light from within.

As Ryota, the imposter has short, light brown hair, hazel eyes, and rosy cheeks. He wears a Hope's Peak Academy uniform with a green tie.

As Kyosuke, the imposter has short white hair, dark purple eyes. He wears a white suit that Kyosuke wears in Side: Future.

Although he always imitates other guys, the imposter's true personality was discovered in both "Danganronpa 2" and "Danganronpa 3".

Most notably, the imposter appears to have a truly kind and caring personality. He impersonated Ryota Mitarai so that the real one could focus on making anime, as well as get some rest, and kept checking on Ryota's well-being even after a year of impersonating him. The imposter is also shown to be smiling in a friendly manner and being protective and supportive of others even while acting as cold and arrogant Byakuya Togami. As part of his Byakuya impersonation, he acts arrogant, rude, and somewhat bad-tempered, but he is also reliable and feels responsible for the others' safety.

The imposter enjoys his build, since it's his aim, as he has stated to have intentionally sculpted his physique to be that way (while acting as Byakuya, he appears condescending towards "skinny people", though it's just part of his act). He has a strong liking for food, especially fast food, and, while normally appearing attentive, he's rather easily distracted by it. He's shown to be surprisingly passionate about the topics related to food and eating, such as body fat percentages, the amount of energy coming from specific foods, and fast-food restaurants. He explained that since, virtually, all fast-food restaurants serve the same kind of food, it gives him a sense of security to keep being around something familiar.

He also said to Ryota, as his apparent motto, that, while people flake out and let you down, carbs are always there.

Due to his nature as an imposter, he lacks self-esteem, and, because of it, he feels lonely and thinks he doesn't exist. He simply wants to exist and live a normal life, but believes he cannot unless assuming someone else's appearance, having to "disappear" every time he's found out. He describes his own life as a living hell, as he's in constant need of affirmation and has to lie to other people to obtain it.

At one point, he asks Hajime Hinata if he likes being around him, and seemed very happy when Hajime answers that they are friends. After spending time with Hajime, he's convinced to really exist and decides to not want to lie anymore, wishing to live as his true self. Despite having a better sense of self, it's shown, in Side: Hope, that he still prefers being disguised as Byakuya Togami, albeit talking with his real voice this time. 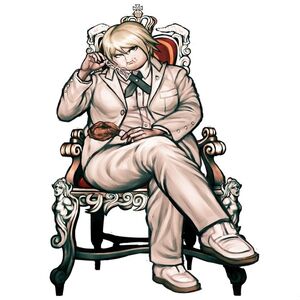 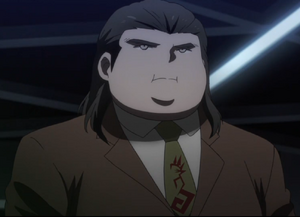