Protecting the Land of Light and Earth
Defeating Dark Lugiel (succeeded, along with Ultraman Ginga)

Alien
Fighter
From zero to hero
Ultraman Taro (ウルトラマンタロウ Urutoraman Tarō), also known as Ultraman No.6 (ウルトラマンNo.6 Urutoraman Nanbā 6), and Master Taro by the Ultra Brothers, is the son of Father of Ultra and Mother of Ultra and the father of Ultraman Taiga. He was trained ever since he was a young boy, in order to become the most powerful Ultraman. He currently resides as a teacher in the Land of Light, where he teaches young and adult warriors alike how to fight at the Ultra Coliseum.

Ultraman Tarō is the son of the Father and Mother of Ultra. He is the sixth of the iconic Ultra Brothers, who has trained as a warrior since he was a child. He merged with a young man named Kotaro, who was brought back to life by the Ultra Brothers when he was killed during the battle. Eventually, Ultraman Taro becomes the mentor, as he trains newer heroes in the Land of Light. He would later become the father of Ultraman Taiga in the Reiwa Era. 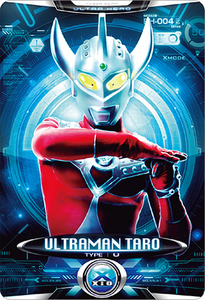 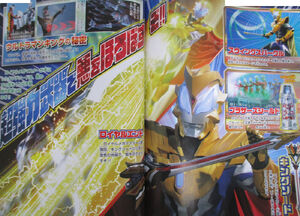