Save the city and The World.

Underdog (Shoeshine Boy) is a canine superhero who speaks in rhyme when going on superhero action. Breed was unknown in the cartoon, but he is a beagle in the live action movie.

The premise was that "humble and lovable" Shoeshine Boy, a cartoon dog, was in truth the superhero Underdog. When villains threatened, Shoeshine Boy ducked into a telephone booth where he transformed into the caped and costumed hero, destroying the booth in the process when his super powers were activated. In the live action film, he appeared as a beagle who became Jack Unger's pet.

In the 2007 live-action film, Shoeshine is voiced by Jason Lee, who also played Dave Seville in the live-action Alvin and the Chipmunks films. Here, Underdog/Shoeshine is a former bomb-squad canine who is rejected from the other dogs.

He is abducted off the street by Cad, who takes him to Simon Barsinister's lab. Luckily, Shoeshine escapes and is found by Dan Unger after running from Rottweiler Riff Raff and his lackeys. Dan's son, Jack, becomes jealous of Shoeshine's attention. He is left home alone, unaware of his powers, even setting off a very large mess. Jack initially runs away, but after they reach a park, Jack and Shoeshine talk and bond over their respective attraction to Molly and Polly, Jack's friend, and her dog. After the girls leave, Jack and Shoeshine test Shoeshine´s powers. Shoeshine has super speed, strength, hearing, and smell.

When Molly and Polly are mugged, Shoeshine rushes to their aid, discovering he can fly. After discreetly rescuing them, Shoeshine returns home with Jack, making Jack promise to never reveal his powers. Cad shows up at the door with posters of Shoeshine, but Jack fools him into leaving just before Dan comes home to discover the mess. Shoeshine disguises himself and saves the hostages, but Cad escapes. Shoeshine adopts the alias Underdog and becomes the city's resident superhero, donning a red sweater and blue cape as his disguise.

Simon repeatedly fails to recreate his serum and sends Cad to obtain a sample of Underdog's DNA. Shoeshine is rebuffed by Polly but gets a date with her as Underdog. Cad fails to capture Underdog but obtains his collar, which contains Underdog's name and address. Barsinister and Cad kidnap Dan and force him to call Shoeshine for help. Shoeshine and Jack attempt a rescue, but Barsinister uses both Jack and Dan as hostages to convince Shoeshine to give up his DNA. Barsinister synthesizes Underdog's superpowers into pills, injects Shoeshine with an antidote to the serum, and feeds the super pills to three trained German Shepherds. However, after they escape, the trio pursues Barsinister with a hypodermic needle filled with the antidote.

While they restrain Barsinister, Underdog shows up at the bomb location, removes the mind-control serum from the bomb, and the bomb itself, saving Molly and Polly, who take the mind-control serum to the police. Shoeshine, dressed now as Underdog, buries the bomb in a tunnel at the park as it explodes. Underdog tries to escape, but is caught in the explosion, launched into space, and thought dead, but a mournful crowd is overjoyed when he recovers. Shoeshine returns to protecting Capital City as Underdog.

In the live-action film, Underdog is Heroic, brave, kind, selfless, humorous, adventurous, dependable, and sarcastic. He saves those in need of rescuing from criminals on the street and has fallen in love with Polly Purebred. He cares very much for his family, especially pointing out that he had lost the one thing he cared about: his family rather than his powers.

Shoeshine is also best friends with his owner Jack Unger, who is initially the only one to know of his identity as Underdog. 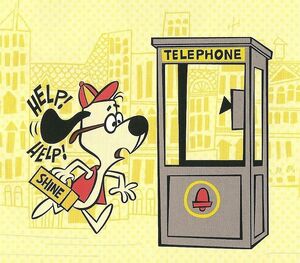 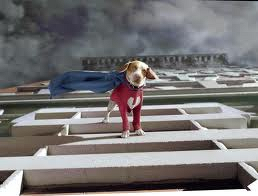 Underdog as was shown in the movie. 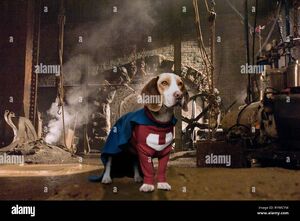 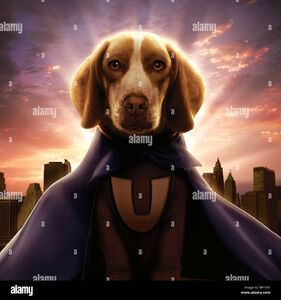