When Ratchet was expelled by sending him to capture war criminals, he got help from Undertone. He is very silent type. And when they and Bee Team met Toolbox they began to capture all Decepticons of Decepticon Island. And when the mission was completed, Undertone, Ratchet, Toolbox, Windblade, Optimus and the other Alchemor's prison guard Mini-Cons went to Cybertron and took all the Decepticons of Decepticon Island to Cybertron. 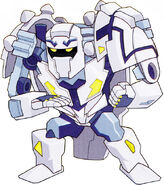 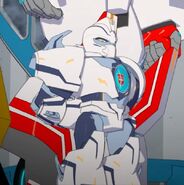 Undertone being deployed to fight Overload.

Retrieved from "https://hero.fandom.com/wiki/Undertone?oldid=1663846"
Community content is available under CC-BY-SA unless otherwise noted.