Firearms mastery
Possess ESP which enables them to mentally control weapon satellites
Superhuman durability, resilience and stamina
Megacrash blast at the cost of bit of their own lifeforce
Close contact can boost each others' offense capabilities
Can turn into energy beings and materialize as humans (demonstrated at the beginning of each stages)
Ability to travel through dimensions

Emperor Bios and his 9 deities

The Unknown Soldiers or Marines are a duo of anonymous main heroes in 1988 classic arcade scrolling shooter video game titled Forgotten Worlds (Lost Worlds in Japan), the third and final entry in Capcom's "jet pack" shoot 'em up series along with 2 installments: Section Z and Side Arms Hyper Dyne.

As the young ones did in the past, they were secretly trained by a group of human beings to resist the evil forces on the future setting called the Dust Planet. Many years passed away since humankind has ruled the Earth, the extraterrestrial invaders have nearly attacked there in their attempt to include it to their evil empire. The dark emperor Bios has controlled the alien horde to crush all oppositions.

Through the game, the duo of Unknown Soldiers are the last hope and they must face their assault on their enemies in personal, deadly combat. They are also equipped with an anti-gravity device and armed with photon guns to seek and destroy the ruthless minions of the evil Empire. In their attempt to overthrow Emperor Bios, they will battle the strangest and strongest extraterrestrial creatures across the universe like the lizard men, the shapeless creatures, the fierce bronze-skinned dragon and even deities.

However, they are not completely alone in their quest for universal freedom. In order to provide their goals, they can upgrade their weapons systems, armor, items, medicines and the important information for a cost of Zenny in certain locations scattered throughout the lands around the universe with Sylphie, a female weapons dealer who must praise the victory over the evil hands of Lord Bios once the world is freed from extinction.

As in the actual ending, the duo didn't have any names other than so-called "Superior Warriors". 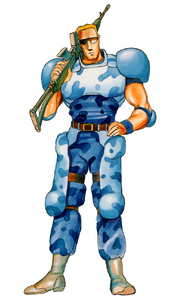 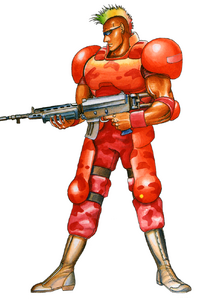 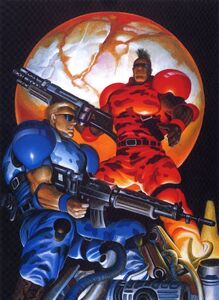 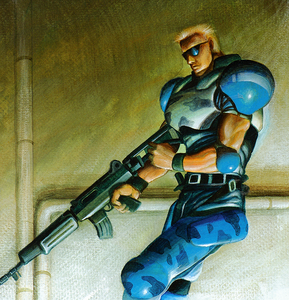 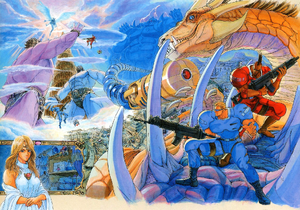 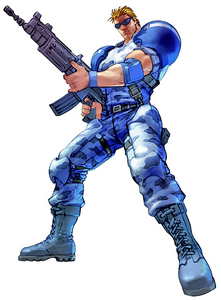 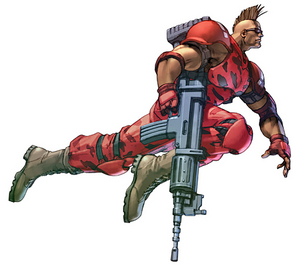 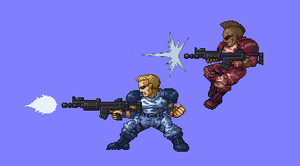 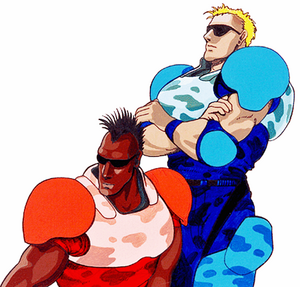