Merboy
Urchin is a young merboy who becomes one of Ariel's best friends in Disney's 1992-94 television series The Little Mermaid. He is an orphan who lives alone, and initially has few friends. He later meets Ariel, and the two become close friends. and Eventually, he becomes a younger brother to Ariel and her sisters, and a son to King Triton. though it is believed he had a crush on her. Nobody knows what happened to Urchin's parents or what happened to him between the events of the series and the film.

He was voiced by Danny Cooksey

Urchin first appears in the fourth episode of the series, "Urchin", which serves as his introduction. In the episode, Urchin is seen to be an orphan who lives by himself, but wants badly to have friends. He is approached by small-time villains Lobster Mobster and Da Shrimp, who bring him into their gang and use him to steal food for them. Urchin manages to steal food from the palace, but in doing so is confronted by Ariel. Ariel tries to befriend Urchin, who at first rebuffs her. Urchin later shows his true colors when he helps Ariel escape after she is kidnapped by Lobster Mobster and Da Shrimp. He even stops Crab Louie, Lobster Mobster's boss, from stealing from the royal treasury. This heroic act earns him a kiss on the cheek from Ariel. A friendship is forged when Urchin follows Ariel's advice and apologizes to King Triton for his behavior.

In the episode "Marriage of Inconvenience", Urchin is first seen having a dream about rescuing Ariel. Later, after overhearing Triton speaking with the King of a neighboring kingdom, he comes to believe that Triton is planning an arranged marriage for Ariel. Together, he, Ariel, Flounder, and Sebastian work to try to make Ariel seem unappealing to Prince Thor, the prince who is to be paired with her. After they insult Thor, a war breaks out between Atlantica and Thor's kingdom of Olympia. Ariel soon learns that the entire thing was a misunderstanding; Ariel was to be partnered with Thor for the Aquabatics event at the upcoming Sea Games, and she goes to talk to Thor to sort things out. Urchin, who is watching from afar and had not heard the conversation between Ariel and Thor, sees Ariel and Thor swimming together and mistakenly believes that Thor has captured her. Urchin attempts to rescue her, but he gets hit by a catapult. While unconscious, he dreams that Ariel has left Atlantica, leaving everyone depressed. However, he soon recovers and is happy to learn the truth.

In the episode "Trident True", Urchin plays pranks on Ariel's sisters Arista, Attina, and Adella. He later is seen in the marketplace with Ariel, where she encourages him to buy a Father's Day present for Triton, as he has no father of his own. He later accompanies Ariel, as she goes to a cave to find a unique present from herself. When Ariel is trapped by an Octopus, Urchin attempts to steal the Trident to save her. However, he loses it, and the Trident falls into the hands of Evil Manta. They are able to recover it later, and Triton forgives Urchin, noting that he shouldn't have left it unattended. At the end, Urchin gives Triton his present, which the King accepts, noting that though he is not Urchin's real father, the boy is like a son to him.

In "King Crab", Urchin is one of the people who plays along in a scheme to impress Sebastian's parents by making them think he is king.

Urchin also appears in the episode, "The Beast Within". He identifies the curse on Flounder after Flounder is bitten by a howling hairfish. In a sideplot, Sebastian becomes angry at Urchin after the merboy accidentally breaks a trophy that Sebastian had received from Triton. The two are able to make up at the end, particularly after Sebastian learns that Triton had received the Trophy as a gift from the Finleys and had only given it to Sebastian to get rid of it.

Urchin is very fun loving and friendly, as well as loyal. 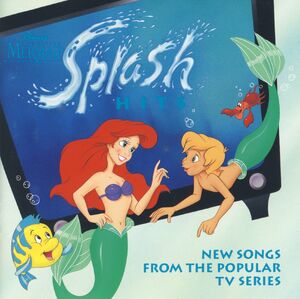 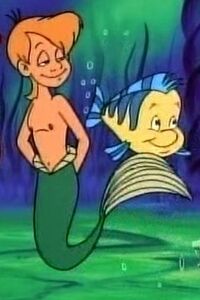 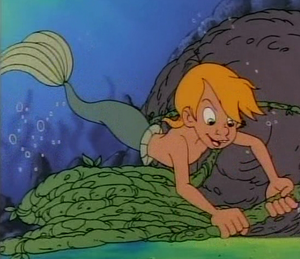 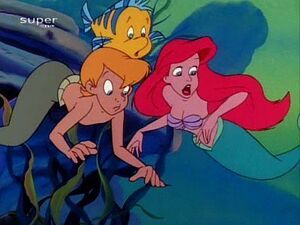 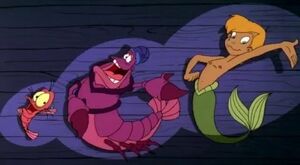 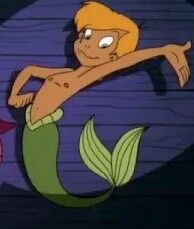 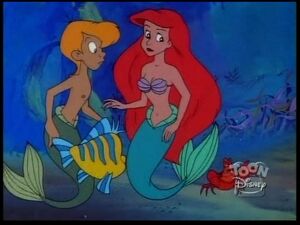 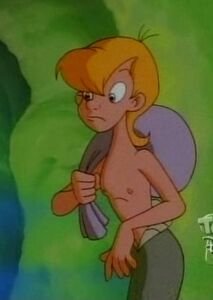 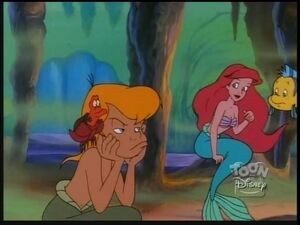 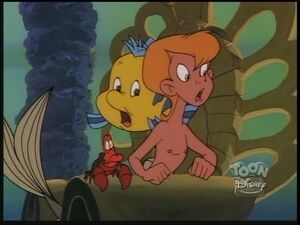 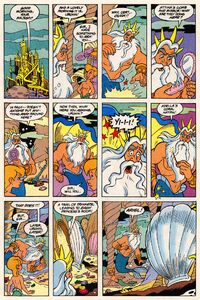 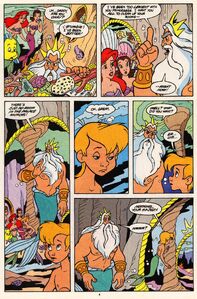 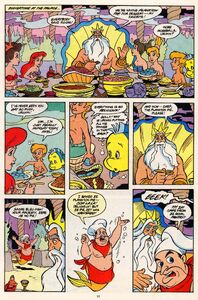 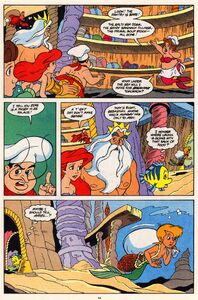 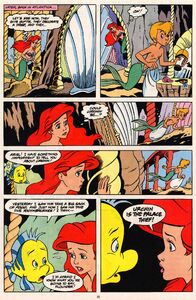 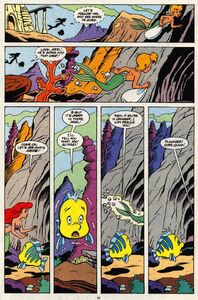 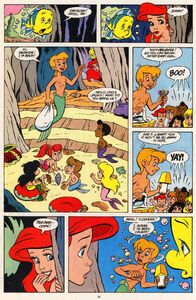 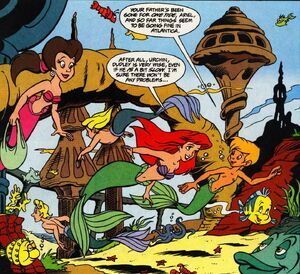 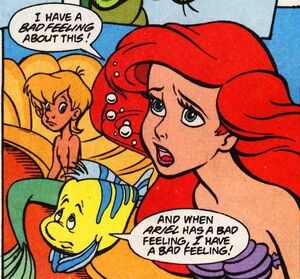 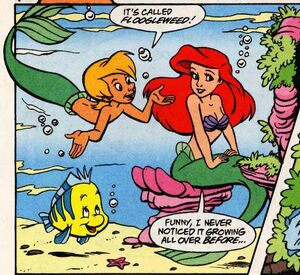