Uriel Septim VII (3E 346 – 433) was the twenty-first ruler of the Empire of Tamriel. He was played by the late John Gilbert in Daggerfall, and voiced by Patrick Stewart in Oblivion.

Uriel Septim VII is the son of Pelagius Septim IV. Uriel came to power in 3E 368, and reigned for several decades before his eventual death as an aged monarch in 3E 433. Uriel's reign was marked by great change over Tamriel, as the Empire moved further towards becoming a fully unified state spread across the continent.

Uriel Septim assumed the title of Emperor of Tamriel when his father, Pelagius Septim IV, died in 3E 368. At the time of Pelagius' death, Tamriel was in the midst of a long process of unification between the provinces, and was close to becoming a fully fledged confederation state. Uriel, at the age of 22, sought to continue this integration by pursuing bold, aggressive policies within the Empire and on its fringes.

The early decades of Emperor Uriel's life were marked by aggressive expansion and consolidation of Imperial influence throughout the Empire, especially in the east provinces of Morrowind and Black Marsh. There, the Empire's powers were limited, Imperial culture was weak, and native customs and traditions were strong and staunchly opposed to assimilation. During this period, Uriel greatly benefited from the arcane support and shrewd council of his close advisor, the Imperial Battlemage Jagar Tharn.

Uriel was married to Princess Caula Voria. Though a beautiful and charming woman who was much loved and admired by the people, the Empress in private was a deeply unpleasant, arrogant, ambitious, and grasping person. Uriel found himself subjugated in his relationship and came to regret his mistake of marriage. He was repelled by her, and thus he fathered an illegitimate son named Martin who succeeded him to the throne, if only briefly. The relationship gradually grew more bitter, and their three children were to bear witness to this unhappy marriage.

Through this time, however, it became evident that Uriel was in possession of an agile mind; he had outstripped his masters in the skills of threat and diplomacy. Uriel's success in co-opting House Hlaalu as an advance guard of Imperial culture and economic development in Morrowind is a noteworthy example. However, during this time, Uriel also grew in pride and self-assurance. Through this time, Jagar Tharn had purchased the complete trust that led to Uriel's betrayal and imprisonment in Oblivion and Tharn's usurpation of the Imperial throne, which followed the dark period known as the Imperial Simulacrum.

Uriel spent ten years in Oblivion, being sent there in 3E 389, before his eventual rescue in 399. Little is known of Uriel's experience while trapped in Oblivion. He says he remembers nothing but an endless sequence of waking and sleeping nightmares. He explains he believed himself to be dreaming, and had no notion of the passage of time. Publicly, he long claimed to have no memory of the dreams and nightmares of his imprisonment, but from time to time, during the interviews with the Emperor that form the basis of this biography, he would relate details of nightmares he had, and would describe them as similar to the nightmares he had when he was imprisoned in Oblivion. He seemed not so much unwilling as incapable of describing the experience.

The Emperor emerged from Oblivion as a changed man, while in 3E 389 he was young, full of pride, energy, and ambition. By the time of his restoration, after his rescue and return to the throne, he was aging, grave, patient, and cautious. He also became conservative and pessimistic, and it became clear that the days of his bold policy-making were over. Uriel accounts for this change as a reaction to and revulsion for the early teachings and council of Jagar Tharn. Uriel's exile in Oblivion also drained and wasted him in body and spirit, although his mind retained the shrewd cunning and flexibility of his youth.

In his absence, a period known as the Imperial Simulacrum, the traitor mage Jagar Tharn had neglected and mismanaged Imperial affairs. This resulted in a steady decline in the Empire's economic prosperity, and allowed many petty lords and kings to challenge the authority of the Empire. It also permitted strong local rulers in the East and the West to indulge in open warfare over lands and sovereign rights.

When Jagar was finally deposed in 3E 399, Uriel Septim turned from the aggressive campaign of military intimidation and diplomatic accommodation of his earlier years, and relied instead on clandestine manipulation of affairs behind the scenes, primarily through the agencies of the various branches of the Blades.

Two achievements occurred in the post-Jagar period. These include the 'Miracle of Peace' (also popularly known as 'The Warp in the West') that transformed the Iliac Bay region from an unruly assortment of warring petty kingdoms into the well-ordered and peaceful modern counties of Hammerfell, Sentinel, Wayrest, and Orsinium. Secondly, the colonization of Vvardenfell, presided over by the skillful machinations of King Helseth of Morrowind and Lady Barenziah, the Queen-Mother, brought Morrowind more closely into the sphere of Imperial influence.

The Empire entered a period of peace and prosperity comparable to the early years of Uriel's reign. With the Imperial Heartland and West solidly integrated into the Empire, Uriel was able to turn his full attention to the east - to Morrowind.

Exploiting conflicts at the heart of Morrowind's monolithic Tribunal Temple and the long-established Great House system of government, Uriel took advantage of the terrible threat that the corrupted divine beings at the heart of the Tribunal religion presented to the growing colonies on Vvardenfell. Uriel worked through the shadowy agents of the Blades and through the court of King Helseth in Mournhold to shift the center of political power in Morrowind from the Great House councils to Helseth's court, and took advantage of the collapse of the orthodox Tribunal cults to establish the Nine Divines as the dominant faith in Hlaalu and Vvardenfell districts.

At the beginning of The Elder Scrolls IV: Oblivion, Uriel Septim VII still ruled Tamriel. The game is set in the year 3E 433, the year of Akatosh. The very beginning of the game covers the final hours of Uriel Septim's reign. Uriel gives the Hero the Amulet of Kings, before he is killed by a dagger wound inflicted by an assassin of the Mythic Dawn cult.

The Emperor, having heard of the recent assassinations of his other sons, was attempting to make his escape through a network of passages underneath the Imperial Prison. The Emperor had reigned in Tamriel for 65 years, and was aged 87 when he died. Uriel was fully aware of his impending demise, of the looming threat to Tamriel as a whole, and of the cosmic importance of the prisoner in the cell containing the secret passage (the Hero of Kvatch), probably from his nightmares during his incarceration in Oblivion during Arena.

Shortly before the Emperor's death, it is revealed to the mysterious prisoner accompanying the Emperor that an illegitimate heir remains, thus keeping alive the hope that the Septim bloodline may continue. The Emperor's death marked the beginning of the invasion of Tamriel by the Daedric forces of Mehrunes Dagon and Oblivion.

It is explained that, as long as an Emperor of Septim blood wears the Amulet of Kings and the Dragonfires are kept alight, the forces of Oblivion are held at bay. Uriel's death, and the subsequent extinguishing of the Dragonfires, thus allowed the barrier between Tamriel and Oblivion to be breached, heralding the end of the period of peace which Uriel fostered in his later years.

His illegitimate son, Martin, briefly became the 22nd official Emperor, before sacrificing himself to save Tamriel during the Oblivion Crisis. 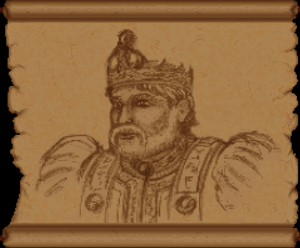 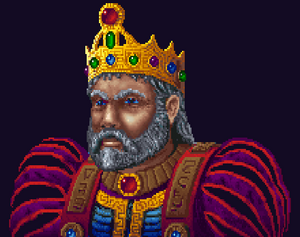 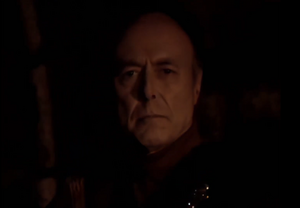 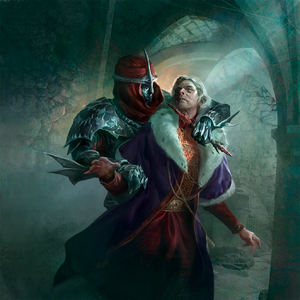 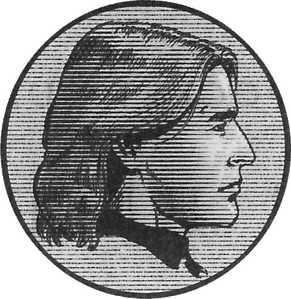 A drake in the Pocket Guide.

This article contains content derived from the "Uriel Septim VII" article on the TES Wiki, licensed under CC-BY-SA.