Spending time with her husband Ikem (Noren) and her daughter Kiyi

To protect and save her son, Zuko.

To escape from Ozai.
To be with her true love.
Reconcile with Zuko (all succeeded).

Ursa (also temporarily known as Noriko) was the supporting minor character in Avatar: The Last Airbender, making her debut in Zuko Alone, where she is in a flashback telling Zuko to remember his identity.. She was the wife of Ozai and later Ikem, mother of Zuko, Azula, and Kiyi, daughter of Jinzuk and Rina, and granddaughter of Avatar Roku and Ta Min. She was a kind, caring, and loving mother to her children, though Azula believed she favored Zuko over her.

Prior to the series, she grew up in the Fire Nation village of Hira'a until she, as a descendant of Roku, was forced by Fire Lord Azulon to marry Ozai in order to fulfill a prophecy that would bring great power to Azulon's lineage. When she learned years later that the Fire Lord had ordered her husband to murder Zuko and that he was going to go through with it, she ensured her son's life was spared, but was subsequently banished from the Fire Nation Capital for treason.

Ursa returned to her home town, where she rekindled her relationship with her boyfriend, Ikem. In order to lead a normal life again, she requested that the Mother of Faces grant her an entirely new face and identity while also wiping all of her memories relating to her life with Ozai as a Fire Nation princess. As Noriko, she had another daughter, Kiyi, though after her two elder children tracked her down, she encountered the Mother of Faces again and decided to have the spirit restore her old face and memories. 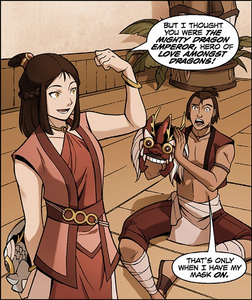 Ursa with her boyfriend, Ikem 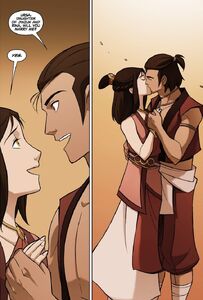 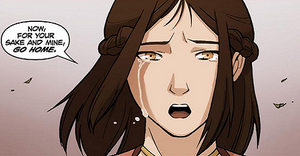 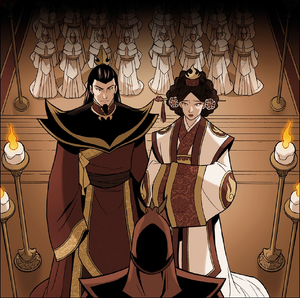 Ursa's first wedding with Ozai, in which she becomes the Princess of the Fire Nation 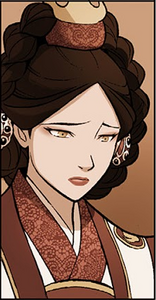 Ursa's sad expression during her wedding 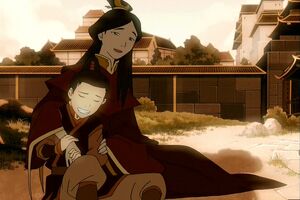 Ursa with her son, Zuko

Ursa gets angry at Ozai after the latter berated Zuko 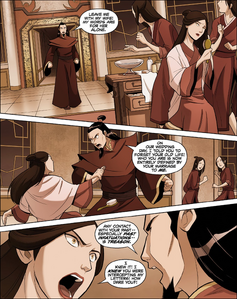 Ursa's confrontation with Ozai, while her maids are watching in fear 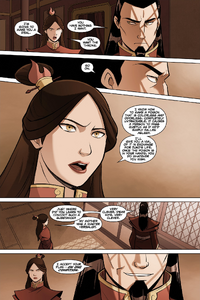 Ursa's deal with Ozai - She would make an unnoticeable poison to help Ozai usurp the throne from his father, and in return, Zuko's life would be spared. After the poison would be done, Ozai would use it to kill Azulon, his father. 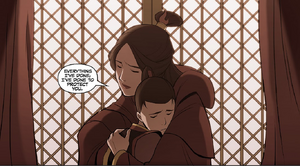 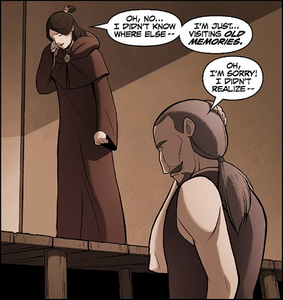 Ursa, now no longer a princess, returns to her hometown and meets Noren after finding out earlier that her parents have passed away 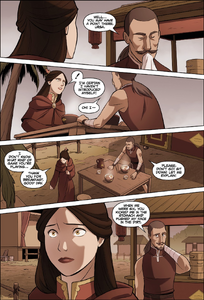 Ursa finds out that Noren is actually Ikem, her long-lost boyfriend 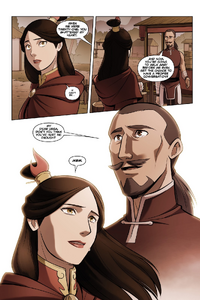 Ursa, with the help of the Mother of Faces, changes her face and identity, renaming herself as "Noriko" 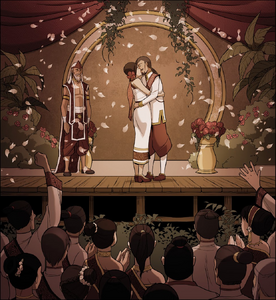 Ursa (as Noriko) during her second wedding with Ikem (Noren)

Noriko with Noren
Add a photo to this gallery

Retrieved from "https://hero.fandom.com/wiki/Ursa_(Avatar)?oldid=2141368"
Community content is available under CC-BY-SA unless otherwise noted.