Use her magic to entertain people and make them happy (formerly; succeeded)

Ursula Callistis (アーシュラ・カリスティス), born Chariot du Nord (シャリオ・デュノール) and also known by her stage name Shiny Chariot (シャイニィシャリオ), is one of the main characters in Little Witch Academia. She is the Magic Astronomy teacher at Luna Nova Magical Academy and the mentor (and idol) of Atsuko Kagari.

Ursula is an adult woman with back-length dark blue hair tied with what appears to bandage just before the end, forming a small ponytail over her right shoulder. She has red eyes with white pupils and fair skin complexion. She wears the default uniform of Luna Nova's staff: a dark purple hooded dress reaching to her knees with long wide sleeves, a red flame-like design in the bottom, and a single brown strap on the chest area, and the dress' inside has a red color; a simple black choker; a dark purple witch hat with a dark blue band decorated with a red feather and a golden crescent-shaped object; knee boots with a deep dip and red tips; and black-framed oval glasses which usually obscure her eyes due to reflecting light, making their resemblance to Chariot's less obvious. She does not actually need her glasses, as first shown in "Blue Moon". She is notably younger than the other teachers and this shows in her appearance. This is not lost on them, as in "New Age Magic" they relegate to her the exhausting task of acquiring extra magical energy for the school, prompting Ursula to remark that "being young is suffering".

As Chariot, her hair was shorter and had a red tone similar to her eyes. Her hair was parted to the middle so as not to fall over her eyes, but part of it fell between her eyes. She also had bangs framing the sides of her face and curving in, and neck-length hair curving out on the back of her head. In her costume as Shiny Chariot, she wore a white jacket with sleeves similar to her current uniform's which doesn't cover her armpits, clavicles, cleavage, navel, and part of her back, giving it a similar appearance to a corset or vest, coattails on the sides of her hips; and two blue buttons keeping everything together; a blue skirt; a brown belt with a golden ring-shaped buckle; blue thigh-highs (which appear to be folded over themselves); white boots with a diamond-like shape in the tip, two parallel button right under it, and a red tip and heels; a white witch hat with a blue band and a red-and-blue diamond or spade-like symbol with a golden four-pointed star in the middle; and also a red cape with a brown strap and golden buttons.

Ursula's true appearance is first seen in "Chariot of Fire", and later in "Chariot and Croix", and from the end of "Yesterday" through to "Tree of Leaves". Without her hat and hair tie, her red hair falls in the same way as it did before she became a teacher, though now being much longer. Without glasses, her eyes are unobscured, and their color more apparent. This "transformation" happens when she is in or preparing for magical combat, and she also takes the skirt off of her uniform to make it easier for her to fight. With her uniform modified as such it resembles a black bodysuit with similar patterns to those on her skirt, and with her shoulders and cleavage visible. After the world is saved by the witch students and her identity has been revealed, Chariot continues her role as Luna Nova's astronomy teacher and Akko's mentor. She dresses in the same manner as she did as Ursula, including her glasses, but no longer magically disguises her natural red hair.

Ursula is a calm, patient, level-headed, and quick to act in situations of danger, though comes off as shy and timid when confronted by her superiors and tends to be clumsy and "uncouth", latter traits she retained from her childhood. She is a very caring person, especially towards her students, taking time to help them in any way she can.

Her most defining traits are charisma and passion for magic. Ursula's faithfulness to her belief that magic should be used to make people happy, and only wanted the power to benefit others become the reason why Shiny Rod chose her as its wielder. Like Akko, her passion for magic exceeded her skill when she was young, which led to many blunders. It took the rejection by Fountain of Polaris to make her realized that dedication and determination being they key to her success. From there, she worked harder and took her study more seriously, earning her power of the stars from the fountain. The testament of her passion for magic best displayed when she performs as both child and Shiny Chariot. She is highly attuned to the reaction of her audience and is devastated when her magic does not make them smile, something which becomes an issue upon becoming a magic idol with the audience's expectation grew higher. Ultimately, it was the pressure to please them which led to her downfall.

After this, Chariot left the stage and assumed new identity "Ursula Callistis" where she becomes astronomy teacher of Luna Nova. While never quite losing the spark she had in the past, the decade of becoming humble teacher and shadow of her former self takes its toll on her. Ursula had brief lapses of her self-reflection whenever reminded of her past life as before becoming a teacher, and become hopeless until she met Akko, her fan who brings her hope for redemption (as the young witch came to her life as new bearer of Shiny Rod). Her devotion to the young witch is the greatest illustration of compassion and selflessness, and her guidance also reveals a great wisdom beyond the dreamy idealism of her youth. Moreover, it was the bond between the two (coupled with her discovery of Woodward's role in her fallout with Croix) which led to her discovering what she lacked in her attempt to unlock the Final Word long ago and ultimately, becoming the hero her beloved student saw in her and to do the right thing, more than her own mentor can ever be. Towards the end of the series, Ursula continued to be the teacher of Luna Nova where this time, she embraced her true self by no longer magically altering her hair.

Born with a natural talent for magic, Chariot still faced difficulties in her youth but became great enough to acquire the magic power of the stars. Currently, she is an outstanding magic user, since as Shiny Chariot, she performed the greatest magical feats seen in the series. However, she actively chooses to limit how much she uses her magic to keep her identity a secret. Notably, her hair reverts to its natural red when she uses powerful magic spells.

From Wikipedia: "According to Ovid, it was Jupiter (Zeus) who took the form of Diana (Artemis) so that he might evade his wife Juno’s detection, forcing himself upon Callisto while she was separated from Diana and the other nymphs. Callisto's subsequent pregnancy was discovered several months later while she was bathing with Diana and her fellow nymphs. Diana became enraged when she saw that Callisto was pregnant and expelled her from the group. Callisto later gave birth to Arcas. Juno then took the opportunity to avenge her wounded pride and transformed the nymph into a bear. Sixteen years later Callisto, still a bear, encountered her son Arcas hunting in the forest. Just as Arcas was about to kill his own mother with his javelin, Jupiter averted the tragedy by placing mother and son amongst the stars as Ursa major and Ursa minor, respectively." 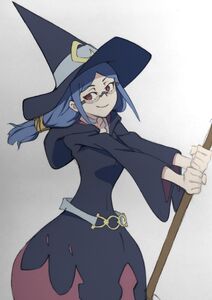 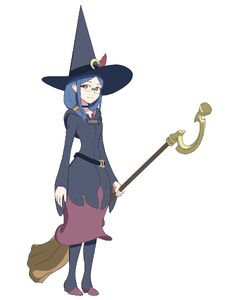 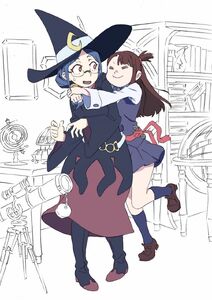 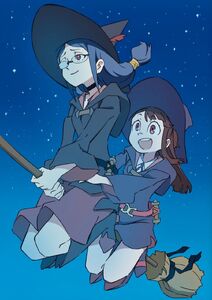 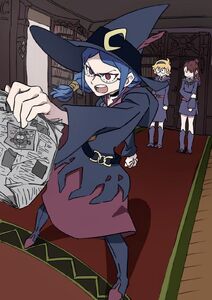 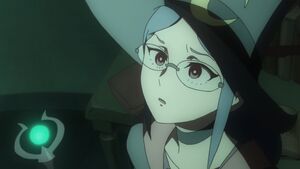 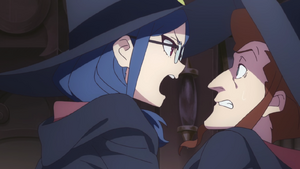 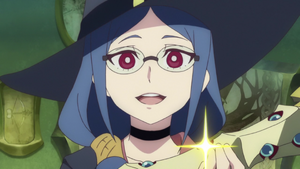 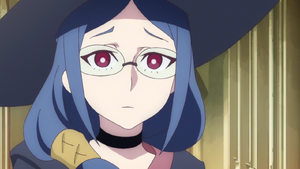 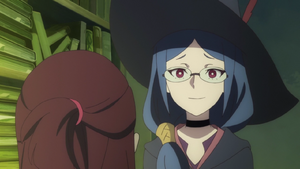 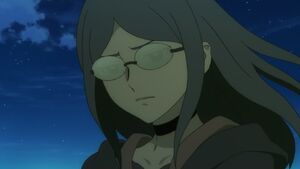 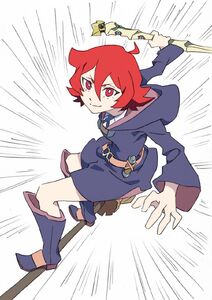 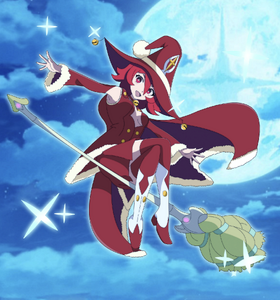 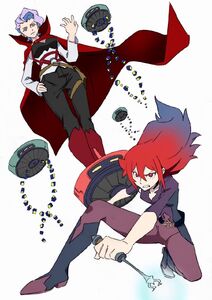 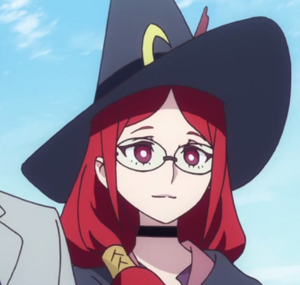 Retrieved from "https://hero.fandom.com/wiki/Ursula_Callistis?oldid=2139963"
Community content is available under CC-BY-SA unless otherwise noted.