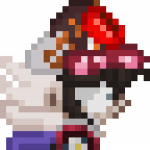 Mayron Legenrok, an omnipotent being in which he is superior to all the common omnipotents of true infinity

and to the omnipotent Joke because of his extreme, infinite and absolute lucidity and detachment, absolute emotional simplicity and high simplicity in his actions and attitudes.

Well, I see that the question of reflecting between the function of you in which you are constrained, in which I

Retrieved from "https://hero.fandom.com/wiki/User:Carlos_Mateus_Araujo_de_Carvalho?oldid=1738804"
Community content is available under CC-BY-SA unless otherwise noted.