To spread the word of Christ

To rid fandom of any corruption

Diana/ChitiMouse
Jester of Chaos (except when he uses language)

MIDKOWITCH (status unknown)
My arch-nemesis from middle school (to a degree)
Francisco/B1bl1kal (sometimes)
Inferno Pendragon (one-sided; his side mainly)

I was born energetic, and excitable. I have a positive side, and I am often mischievous, and sometimes naive. I don't always know when I'm wrong, and I always find a way around my problems. There have also been times when I have felt misunderstood.

As a Christian, I believe lying is no excuse, and I am highly against profanity. Sadly, I have been somewhat influenced by the world and doing my best fighting it off. I also love my family and I respect their wishes when it comes to language and try to be polite as possible. I really hate being tricked and underestimated by other people, and I don't underestimate them. I believe there's something special about every person and that they should use their gifts to help people for the glory of God. I will try to help others who need counsel and who need guidance.

I have gotten angry, but on the inside. If I am yelled at sometimes, or if someone tries to shame me for trying doing right, the anger will build up, and I feel I need to keep it to myself and let it go, because it might not be the right thing to lash out at others.

At 7:30 pm exactly, I was born in a hospital in Alabama. I was supposed to be born on Christmas day, but I had gained so much weight, that I had to be born two days earlier. My skin was too yellow, so they had to put me in the glass suitcase. After living in the hospital, I lived in Alabama as a baby for one year, until my family moved to Georgia for the next seventeen years of my life. During that time, I didn't know what a protagonist was at that time. As a matter of fact, I was actually born with Auditory Processing Disorder (A.P.D.), or simply Autism.

Growing up, I was mischievous as any little boy would be. But I could not live with my Mom and Dad always punishing me. T.V. shows and movies were a bad influence on me at that time, and I almost ran away from home. But my whole life changed when I became a Christian at the age of ten. I was happier and wiser at that time as a preteen. I made new friends, and became a Cobb County Special Olympics swimmer. I even gained a new arch-nemesis: Tyler Pike. He was rude to people, and it was not pretty first time we met. It was when I was around eleven, when I was playing tag with some other boys, and that's when I ran into him, I apologized, only for him to call me an idiot. I told the teacher and he got in trouble. And after witnessing his disrespectful behavior to Miss Nadyia, I knew he was nobody to be friends with.

Besides that, I was enjoying myself, kind and humble. I soon became friends with Tyler Crawford, my practical counterpart. He was jokey, funny and energetic, kind of like I was. I guess he never saw me as his best friend. When I entered my teen years, I learned about evolution. But the worst happened when (unmentioned) unintentionally cursed in front of me. I was afraid of saying a curse word myself, and everything got practically miserable for me. I was occasionally getting talked off by people for every big or little thing I did, especially at Brookwood. I never belonged there to be honest. But I went on to become a home-schooled senior when no one made a fuss at me, except my mom.

In the year 2018, I finally graduated high school and my family moved to a rent house in Duluth. I went to a university in Greenville, South Carolina where I lived for one year and made many friends. After that, my family finally decided to move to Greenville so they could help me get through my studies. I made through the first semester and the corona virus came when I was in my second semester, which I made through as well. As of fandom, I am currently trying to reach out to people who need Jesus and trying to de-corrupt certain pages. 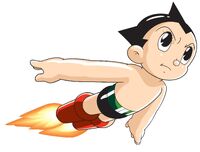 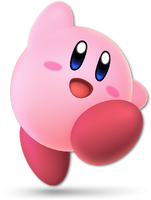 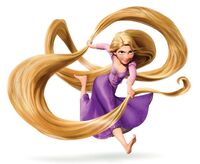 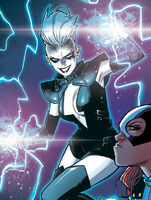 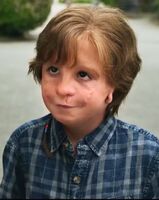 Scooby-Doo
Add a photo to this gallery
Retrieved from "https://hero.fandom.com/wiki/User:Christianbeliever?oldid=2150203"
Community content is available under CC-BY-SA unless otherwise noted.