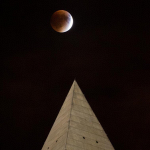 Lord of the Dark Floor

An endless plane of existence

Join the Illuminati to bring about their downfall

The hillbillies of Notre Dame

I am on an endless plane of existence, a vast, infinite plane, which stretches on beyond the continent we know of as Antarctica. Quite simply, if one told me this world was round, I'd tell them to stop taking drugs. The world is quite obviously flat, but it's easy to see that Archbishop James Ussher was WRONG - Earth is not four thousand years old; it is more akin to eighty thousand years old - but not millions - the Great Deluge aged the rocks for us and resulted in modern carbon dating methods.

I worship nothing apart from the one true God, aka Allah or Yahweh. If Queen Mab had told me I must believe in something now, I'd have stabbed that Fae through the chest given how she herself was supernatural. So much for that. Supernatural, supercraptural, I is saying.

However, I do believe in monsters like werewolves and Wendigo. And angels and Djinn.

I came out of the farts of Your Anus and qualify as a Heroic Jerk, and a Force-Field User. Law Enforcers usually feature in movies and novels wherein there's a crime to be solved unless they are a ghost cop.

Sandra Flummox is more than less happy to take in her deranged cousin, Katrina Spall and her son Thomas Spall in for the holidays, because her nine year old daughter, Stephanie Flummox will be home for the Summer holidays and she does not want any trouble to befall her daughter on their part. To make matters worse, Katrina and Thomas are homeless and jobless, having been fallen on some rough criminals in Los Angeles where they worked. For fearful the criminals will no doubt hunt Katrina and Thomas down and kill them for refusing to give them $4 billion, Sandra has no choice but to take them in: Under the promise Katrina will give her the money she gets from going on the job center payroll.

In the weeks that follow, Sandra notices several Men in Black in the area, which has prompted her to do a wild investigation into the activities of alien life sighted in the skies recently. Unfortunately, this all turns out to be complete horse shit, because the alleged UFOs are really a combination of meteors and upper atmosphere NASA debris which have all been falling to Earth recently. Sandra follows the Men in Black one day, and is captured, knocked out and taken to crime kingpin Mr Big where he explains that he was the one who wanted Katrina and Thomas to pay him the $4 billion because he wanted to make his son, Tubby Tubster, eat enough burgers to become the obesest kid in town.

Not being one to supply child cruelty, Sandra refuses, but Mr Big says that she had better watch out, she had better not cry, she had better not pout, because Mr Big will hire Kris Rock Alexander Marcus Pedro Unicef Stefan (better shortened to Kris Stefan) to hunt her down and kill Katrina and Thomas leaving their fingers stuffed in their mouths as payment. Sandra hastily cuts across town, being abducted by aliens for ten minutes as she does so, before she returns to Earth in a McDonalds and steals $4 billion worth of donuts and burgers before fleeing in an unmarked car. The police follow her and interrogate her but Mr Big unseemingly comes to her rescue with "Woah my men you don't mess with this bitch she's my f--k buddy!" and the police, knowing full well who Mr Big is, flee in terror after sizing him up. Now knowing she is protected by the criminal gangs, Sandra watches Tubby consume all the junk food, and grow and grow and grow, before beginning to do what he came here to do, which was essentially to... eat Springfield, and Oregon, and Mexico, and the world...! In other words he kills Mr Big and usurps his place as crime boss. Sandra sheds tears of grief upon Mr Big's murder.

Sandra goes shopping in the Walmart and hears about more Men in Black sightings. Remembering the black suit Mr Big wore, Sandra grows cold and realises the Men in Black are not CIA UFO cover-uppers, they are criminal gangsters in their usual attire. She frantically runs home to warn Katrina and her son Thomas, only to discover that Thomas is kissing his mum Katrina, when both of them are topless, on the living room floor. A shocked Sandra also discovers they have been kissing naked in Sandra's bed ever since she moved in and that Thomas has squandered his mum's UC money on gifting her with perfume and clothes. Sandra attempts to forgive them for this, but warns that if this gross happens again, they're out on the door.

Tubby Tubster issues a warning to the city that night will be day and day will be night. He erects a gigantic statue of himself giving the city of LA the finger and kills a set of sexy police officers who come to arrest him. Then Tubby gatecrashes a radio DJ, and forces him to give him his girlfriend. The bitch refuses and then Tubby kills her.

Later, Sandra is home alone, and she hears a noise in her attic. Thinking she has had a good run, she goes back to watching Creepypasta only to discover a cop at the door arresting her for watching Creepypasta. "But hey, I just do not understand this country!" she says, "You can believe in aliens, God or the paranormal, but watching f--king Creepypasta is evil!?! Come on!" but the officer has more pressing matters on his mind until he is killed by Slender Man.

Sandra sulks in the office the next day, but the picture she has of God on the desk comes to life and tells her to go to the police and f--k that bitch up. She seduces an officer for sex and then tells him that Tubby Tubster was in her house. When she is home alone the next night, the officer rushes in the door banging it down with an axe ("Here's Jooohny!") when Tubby rushes in, wounding the officer badly on the face, but the officer shoots him dead.

Sandra and the officer begin f--king until one freezing day in December 29th, Thomas' birthday, they hear noises on the bathroom. Sandra and the cop open up the door to find Katrina kissing Thomas naked as a birthday present. Shocked and humiliated, Katrina tries to protect herself and to protect his naked mum Thomas threatens to tear Sandra limb from limb. The officer takes it as verbal abuse and casts the two out into the freezing street. Thomas and Katrina grow scared and bang on the locked door, demanding to be let back in due to the encroaching gang members, but they are left out in the cold and are never heard from again.

Sandra and the police officer continue f--king with the house tight and locked. One night Sandra hears Stephanie screaming in her room. They go back down the corridor and find the girl's bedroom soaked in blood. The police officer runs to the window where he sees a trail of blood leading to a lamp post in the street. Standing outside is a tall, thin, skeletal man in a suit - Slender Man. He waves with Stephanie's decapitated arm as the screen cuts to black.

So, What Did You Think?

Can you see me taking the Ring to Mordor? I would, but I do not know the way.

My favourite pages on this Wiki are

Retrieved from "https://hero.fandom.com/wiki/User:Lord_of_the_Dark_Floor?oldid=1873819"
Community content is available under CC-BY-SA unless otherwise noted.