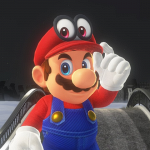 Hello there. Here, my name is The Humble Nintendo Master, but you can call me Humble, Master, or HNM if you like (any of them is fine with me, but the first two are especially flattering, albeit in completely different ways, ha ha). I just consider myself someone who appreciates a wide variety of different types of art and entertainment. However, I'm especially enthusiastic about anything with good storytelling, well-realized and relatable characters, and poignant themes/messages... bonus points if it truly touches me emotionally. Sure, Nintendo in general has been one of my most prominent and long-time loves, especially the Super Mario and The Legend of Zelda franchises for all the timeless excitement, wonder and joy they've brought into my life. However, the truth is my interests and hobbies are actually pretty eclectic. Here, I can generally be found just making smaller edits to clean things up, usually regarding spelling, grammar and category clean up, helping look out for sockpuppet accounts, trolls and vandals, and occasionally making both PG Proposals and Removal Proposals to help properly sort characters into the Pure Good category that I feel deserve to be labeled as such (which is important due to how subjective it is).

For those curious to know more about me, here's just a partial list of things I like from different mediums of entertainment (since that's what FANDOM is about in general) so that you can get an idea of what I'm into and if you share any of the same tastes (again, these are just some of the best examples of what I like from each medium, so don't see it as a complete list):

As far as anime films go, I've see and love the majority of Studio Ghibli films, as well as some of the output from the likes of Mamoru Hosoda, Makoto Shinkai and Satoshi Kon. In This Corner of the World, Interstella 5555 and Maquia: When the Promised Flower Blooms all deserve mention as well.

Ha ha... way too many individual movies and franchises to list here. Believe me, there's a lot.

Ah, now we get to the real bulk of the page; my taste in music is so eclectic, that I have to give people at least some idea of the kind of variety of musicians and genres I listen to, even if is lengthy. Here are most of the easier groups and artists for me to single out as ones I like:

Of course, this is another long-standing interest of mine. As one can easily tell from the following list of games I like, and which should come as no surprise to anyone, I'm very much a Nintendo fan (and by extension, a particularly big fan of the Super Mario Bros. and The Legend of Zelda franchises), and I plan to stay one as long as I live:

I may not be an administrator, but I still want to do my part to help clean up this wiki, make sure that everyone and the rules themselves are treated with respect, and that everyone adheres to the same standards of behavior. That means keeping it safe from trolls, bullies, vandals, and those who simply think they're entitled to do whatever they want. Therefore, I've created and am frequently updating a list of problematic users that I'm either keeping an eye on or looking out for:

Retrieved from "https://hero.fandom.com/wiki/User:The_Humble_Nintendo_Master?oldid=1999838"
Community content is available under CC-BY-SA unless otherwise noted.