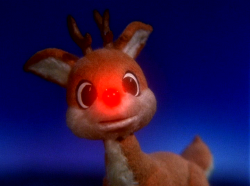 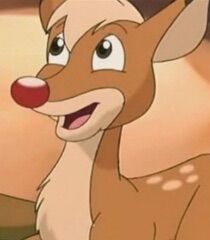 Hello everyone! I thought I can propose Rudolph the Red-Nosed Reindeer since he is considered to be Pure Hearted.

Rudolph the Red-Nosed Reindeer is an animated television film that is based on the character of the same name.

The television film focuses on a red-nosed Reindeer named Rudolph who was bullied by children because of his red-nosed, he then went on a journey to save Christmas.

Rudolph the Red-Nosed Reindeer (also known as Rudolph) is the main titular protagonist.

He is a red-nosed reindeer who is one of Santa Claus’s reindeers,

The original version of Rudolph lacks corrupting qualities, as despite being bullied by children like him for his big nosed, he doesn’t get mad or do anything about it.

But In Rudolph and Frosty’s Forth of July, Rudolph did commit an evil deed by stealing the deed from the circus and giving it to the evil reindeer Scratcher, however, Rudolph didn’t know he was being set up by him and Winterbolt at the time.

He did pretend speech about being made a Flyer and also mentions Zoey in the speech. and even crossed Stormella’s bridge. But despite that, he did felt remorse for running away, and crossing the bridge.

I would go with yes, as he is one of the most pure-hearted characters that was ever created.