Heroes Wiki
Register
Don't have an account?
Sign In
Advertisement
in: Spoilers, One Piece Heroes, Female,
and 22 more

Uta is a major protagonist of the anime and movie series One Piece Film: Red. She is the daughter of Red-Haired Shanks and the most famous diva.

She was voiced by Kaori Nazuka, while she singing, she was sung by Ado in Japanese.

In the movie, Uta is likely to be jealous of Luffy because Shanks chose him to take on the task of finding the One Piece, the most sought-after treasure in the seven seas. Gordon, the main antagonist of the movie, takes advantage of these ill feelings and exploits the diva’s powers.

In terms of strength, Uta is known to be greatest diva in the world of One Piece. It is believed that her voice can change the world. Her voice can bring eternal happiness, or endless imprisonment, according to the first video teaser. The movie’s plot will definitely center around this, where the antagonist will try to take advantage of Uta’s powers while the Straw Hat Pirates try to stop him and save the girl.

Uta is a tall young girl has only one purple left eye that shrouding in the hair, her colors is excellent separating on her middle in the scalp. The left long hair of white in that side and the long right long hair of red in the side. The hair are two circular braids with has the end of arranging; her two circular braids is has top of the head is almost looks like a circle. Also, she has two pair of feather wings in the back, the left side is white and the right side is pink. 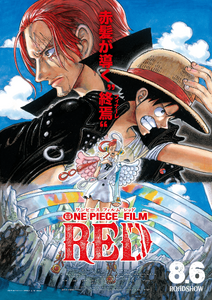 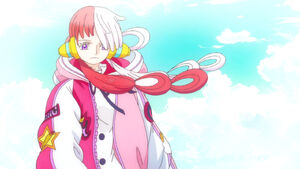 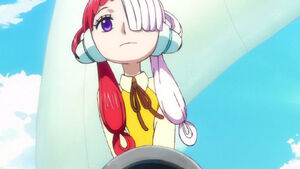 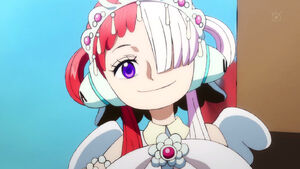 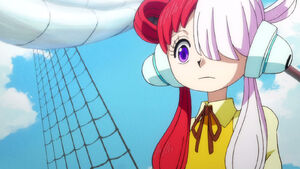 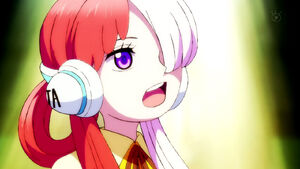 Young Uta is starting to sing. 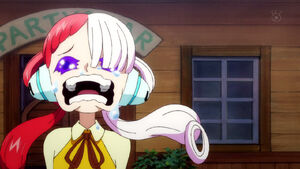 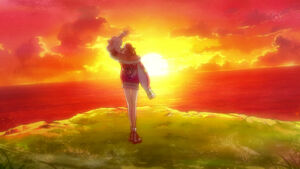