Win the 28th World Martial Arts Tournament to pay for supplies for his village (indirectly succeeded).

Uub was the benevolent human reincarnation of Majin Buu who grew up in a destitute village.

He was voiced by Megumi Urawa as a child and Atsushi Kisaichi in the Japanese version, and by Aidan Drummond, Sean Michael Teague, Justin Briner, Scott Roberts and Brendan Hunter in the English version.

Uub first appeared in the last episodes of Dragon Ball Z. He was only 10, and was participating in the Tenkaichi Budokai so he could pay for food for his village. Son Goku manipulates the draws so that they fight in the first round. They battle to a stalemate when Goku offers to train Uub to become Earth's new protector with Mr. Satan providing funds for Uub's village.

In Dragon Ball GT, Uub is seen training and sparring with his master Goku. During the Baby Saga, Baby stated that he might be stronger than the three Super Saiyans combined (Son Gohan, Son Goten and Trunks) although it was turned over during the Super 17 saga, since even fusing with Fat Boo he still could not lay a finger on Super 17 while Gohan managed to scratch him just a little. 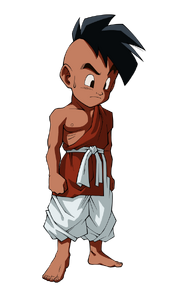 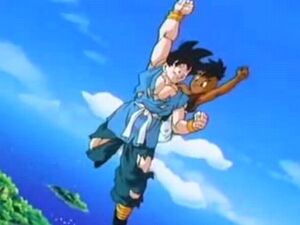 Uub with Goku in the final episode of Dragon Ball Z 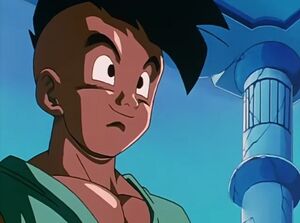 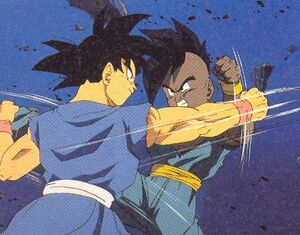 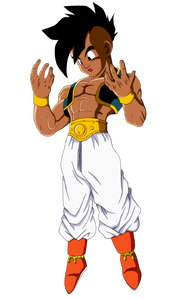 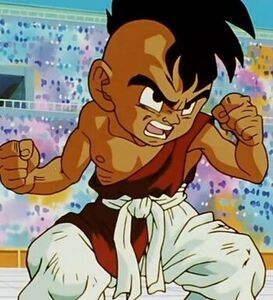